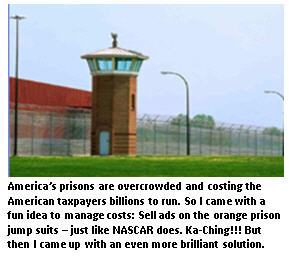 END_OF_DOCUMENT_TOKEN_TO_BE_REPLACED

Life is pretty stressful at times. When I’m feeling a bit overwhelmed, I like to find a comfortable couch, close my eyes and listen to a relaxing sound. And no sounds are more soothing to me than the rhythmic sound of ocean waves crashing into the shore or the gentle gurgling of a babbling brook or the soothing hum of 35,000 rabid South African soccer fanatics at the FIFA World Cup, blowing their lungs out with their plastic 4 dollar and 95 cent vuvuzelas. If you still haven’t heard of a vuvuzela (pronounced “Voo-Voo-ZAY-Lah), it can mean only one thing: You’re an American.

Surely by now you must have seen and heard a vuvuzela. Click here to listen to its soothing sound. Now, wasn’t that relaxing? Now just imagine that soothing humming sound TIMES 35 THOUSAND …. for an hour and a half….. non-stop…. without commercial interruption. Originally used to summon distant African tribal villagers to attend community gatherings, the vuvuzela has become synonymous with the 2010 FIFA World Cup in South Africa, with its distinctive nonstop, deafening, monotone buzzing sound. The vuvuzela may come in 275 different colors, but they all come in just one note: B flat.