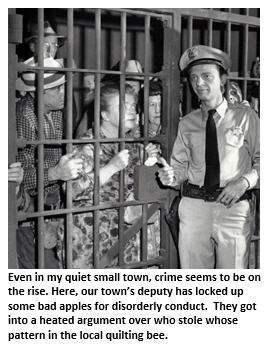 March 4: Mail was stolen from 115 Paradise Lane. The homeowner is only asking the perpetrator to please return the Wednesday Flyer section of the paper. There was a two-for-one coupon on flank steak she had planned to use. END_OF_DOCUMENT_TOKEN_TO_BE_REPLACED