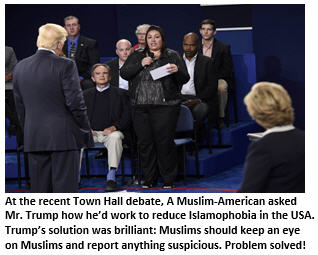 [Author’s disclaimer: The tweets posted below are all made up by me, Tim Jones, and do not represent actual tweets from actual Muslims. To see actual tweets, go to Twitter and search on #MuslimsReportStuff.]
END_OF_DOCUMENT_TOKEN_TO_BE_REPLACED