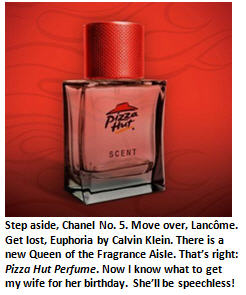 END_OF_DOCUMENT_TOKEN_TO_BE_REPLACED

Last week, we talked about how to handle situations when your customers complain about a product defect, such as, “How come when I use your curling iron, it causes my hair to evaporate?” Of course, the best policy is to blame the problem on the customer or someone else – when in doubt blame it on al Qaeda terrorists … or Congress. You can read last week’s brilliant business advice here.

When all else fails you may have no choice but to eat crow and admit some eensy weensy tiny bit of responsibility for the problem, such as “in rare cases, some inconclusive studies have suggested that there could be a remote chance – and by remote we mean almost less than 50% – that our artificial sweetener could cause an eensy weensy tiny bit of permanent blindness and complete hearing loss in Hispanics and Pacific Islanders under the age of 70.”

In these situations, you need to craft a very carefully worded, corporate earnest and sincere apology letter – one that comes from the heart, with sincerity and earnestness – preferably ghostwritten by a professional apology letter writer in a high-priced Manhattan PR firm, who knows just the right caring words to say in order to avoid a costly class action lawsuit.

When crafting your company’s sincere official apology letter to customers, make sure it contains all of the following six elements: