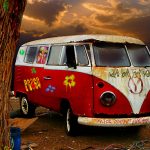 Confessions of a Reformed Bleeding-Heart Liberal

I have to get something off my chest.  This is my open confession to the world that for years, I was – and I am ashamed to admit it – a bleeding-heart liberal of the worst kind.  And for this I want to publicly apologize.  Oh, sure, my father was a staunch Richard Nixon Republican. But did I listen? Like any rebellious teen, I had to go “find my own path.” So I voted for Clinton, Gore, Kerry, and yes, even that charismatic young man who “claims” to have been born in Hawaii, Barack Obama.  The closest thing I came to voting Republican was in 1980 when I voted for the Independent, John Anderson, for President.
END_OF_DOCUMENT_TOKEN_TO_BE_REPLACED