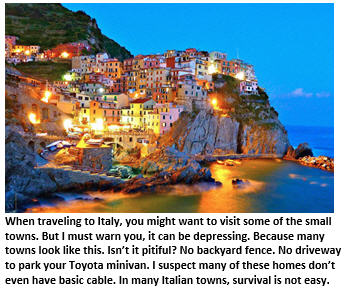 The Roman Empire: The country was ruled by emperors called Caesars, who loved salad (in fact, a staple of every household was the Caesar salad). They wore amusing wreaths on their heads and long, flowing togas – just like the ones worn in the acclaimed film Animal House. They built elaborate marble temples to a bunch of pagan gods they stole from Greece without paying for them. And if you did not believe in these gods, you’d be executed. END_OF_DOCUMENT_TOKEN_TO_BE_REPLACED 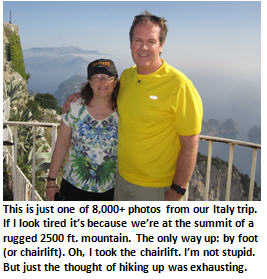