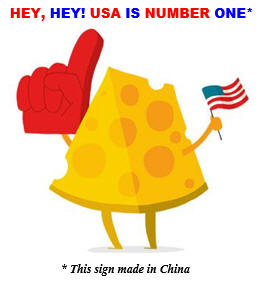 America is the greatest nation on earth – In your FACE, Denmark

On July 4th, we will once again celebrate our independence from the tyranny of England. Those British monarchs can be so oppressive. If it were up to Queen Elizabeth, we’d all be forced to drink Earl Grey tea with every meal.

Every year at this time, Americans proudly mark our independence with fireworks, burgers on the grill and binge drinking. And why shouldn’t we? Ours is the greatest nation in the solar system. I’m a patriotic American – something my wife will never understand because, sadly, she’s Canadian.

When it comes to being great, no country on earth is better than the U.S. of A. We’re NUMBER ONE! Look at the Olympics – God almost always backs the Americans – except in soccer – because he knows that Americans love God more than any other country.  Every time a U.S. athlete wins, the first thing he does is give thanks to God.  The Czech Republic (ranked the least religious nation on earth) never thanks God. And do you remember the last time they won a gold medal? Me neither. Because they hate God.

Oh sure, I’ve read a few misleading statistics about how the USA ranks 12th in college graduates, 27th in life expectancy, 37th in healthcare, 47th in press freedom and 53rd in ability to locate Mexico on a map. (I’m pretty sure it’s somewhere west of France.) But most of those statistics came from CNN’s World Desk Editor Fareed Zakaria. And that sure doesn’t sound like an American name to me. He probably has an axe to grind about his visa status.

I don’t care what statistics you want to throw in my face. It doesn’t change the fact that the USA is #1 in the world. Finland may rank first in education. And technically speaking, the Netherlands’ first place ranking in broadband access just nudges out our 23rd place finish. But in many other categories, the USA is Numero Uno. For example, America ranks …