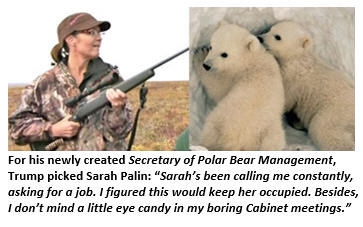 “One word: Rambo. Just imagine how much ISIS butt he’ll kick now that he’s got nukes to play with. I thought about selecting Jim Nabors due to his experience playing Marine Private Gomer Pyle. But then I read a tweet that the actor was gay. One thing’s for sure: Our nation has never allowed gays in the military, and under a Trump Administration, it will stay that way. #I love the gays.”
END_OF_DOCUMENT_TOKEN_TO_BE_REPLACED