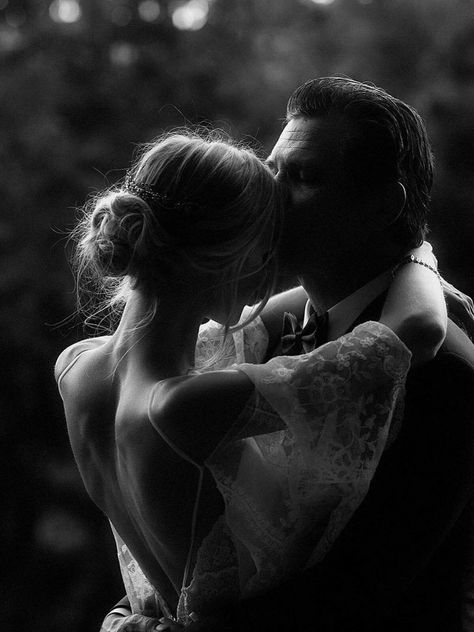 Sometimes I can disappoint my wife and, without intending to, hurt her feelings. For example, recently she was telling me something about something – not really sure what her point was. I was watching a football game at the time. Then she asked me a question about something or other. Apparently, “Sure, honey, that’s great” was not the response she was looking for when she asked me (I later learned) “When do you plan to start making dinner?” So, she got a little peeved, if you can believe this, just because I had not listened to a single word she’d been saying for the past five minutes. In my defense, it was a playoff game.

Don’t get me wrong. My wife is a wonderful person. But she asked that I not mention her by name in this story and therefore will be referred to as “Joanna.” I love Mic – er, Joanna dearly. But sometimes, it seems I can’t quite measure up to her lofty expectations of her husband. Now and then she’ll roll her eyes in annoyance over the most trivial infractions. Like the time I left the toilet seat up after I used it. Or the time I ate the last slice of German Chocolate cake without consulting her first. Or the time I kissed another woman.

Perhaps that last example warrants additional clarification. I couldn’t very well deny that I had kissed another woman because, technically, I did it right in front of Joanna. She saw the whole thing. I must have misread the other woman’s buying signals because when I kissed her, like Joanna, she was none too pleased about it. This woman, who I’ll call “Sarah,” was, to my surprise, so put off by my sudden romantic overture that she slapped me across the face. But I have an explanation for my actions: She was really attractive. (My wife has informed me that does not make what I did okay. I guess I just disappointed her again.)

In retrospect, I can see how my actions might have been slightly hurtful to Joanna. Perhaps I should have asked her for permission before I took Sarah in my arms, caressed her hair, and kissed her. I probably did not make things any better when later that same evening, I approached Sarah again and once again planted a passionate kiss on her lips. My wife caught me in the act this second time as well. (She sure can be a busybody.) My encore kissing performance just made matters worse. I now appreciate how, from Joanna’s perspective, I probably mishandled this affair, because, to be honest, I didn’t give a second’s thought about how my actions would impact my life partner.

I imagine Joanna was asking herself, “Who is this man I thought I knew? Can’t he see I’m right here?!?” I should add that on my second romantic overture, as our mouths came together, Sarah didn’t slap me. She didn’t push me away. Quite the contrary. She acted as if she really liked it – a lot. She put her arms around me and swooned. It was magical – except for the small part about Joanna being a witness to this scene. I was concerned that she might not speak to me for the rest of the evening – or make me dinner.

I am not proud to admit that I pursued this tawdry affair for three weeks. I only saw Sarah on Friday and Saturday evenings, and on a couple Sunday afternoons. Before each visit, I rehearsed what I was going to say to her to win her heart again. And my lines worked perfectly. Each rendezvous was as exciting as the previous one. But after three weeks, Sarah abruptly broke it off, without so much as a goodbye kiss. She decided she had to put our affair behind her. I never saw her again. I would never feel the touch of her ruby red lips or her hands as they forcefully slapped my face, ever again.

I have to say, Joanna was surprisingly forgiving. Because after having witnessed me kiss Sarah not once but twice, on the way home, she barely brought it up. What a great gal! But to be honest, I’m not really sure why any of this should have bothered her in the first place. For starters, Joanna and I weren’t even married at the time. We were just dating. I had never said I wouldn’t see other people. 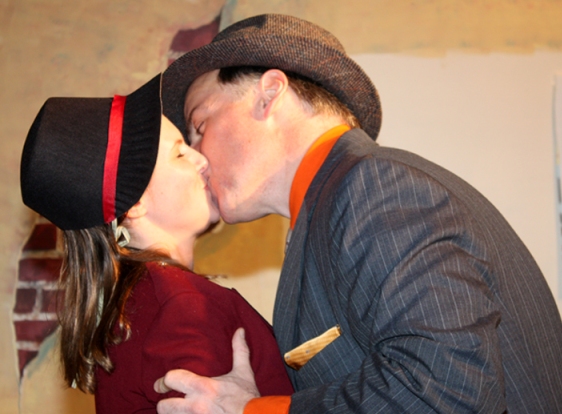 Spoiler Alert: When Joanna and I were dating, I got cast as Sky Masterson in a community theater production of Guys And Dolls. My character had to kiss his female co-star, Sarah Brown, twice in each of our show’s eight performances. Hey, I was just doing my job!

Oh, and I’m not sure if this next part is important, but the woman I kissed was a fellow actor in a community theater production of Guys And Dolls we were in, in Miami, FL, the city where Joanna and I first met. We were on stage in front of 400 people just performing our lines, which included two kissing scenes.

So, if you ask me, I really think my wife should have taken up her concerns with the director, not me. I was just following the script.

[Author’s Postscript: The story above is 100% true. In the play, my character, a rogue, suave gambler named Sky Masterson, falls in love with a character exactly his opposite: an upright, devoutly religious Salvation Army worker named, you guessed it, SARAH Brown.

Our characters kissed twice in each of our eight performances, which were performed on Friday and Saturday nights and matinees on Sunday. In the first instance, the virtuous, innocent Sarah is mortified by Sky’s slick, overly bold unexpected kiss, so much so that she slaps him in the face afterward. And my co-star did not hold back! But later in the play, the two characters fall deeply in love and Sky kisses her again, this time, with her swooning in his arms – just the way my wife swoons every time I kiss her. Um, sort of . – TEJ]