Unraveling the Confusion About Cryptocurrency 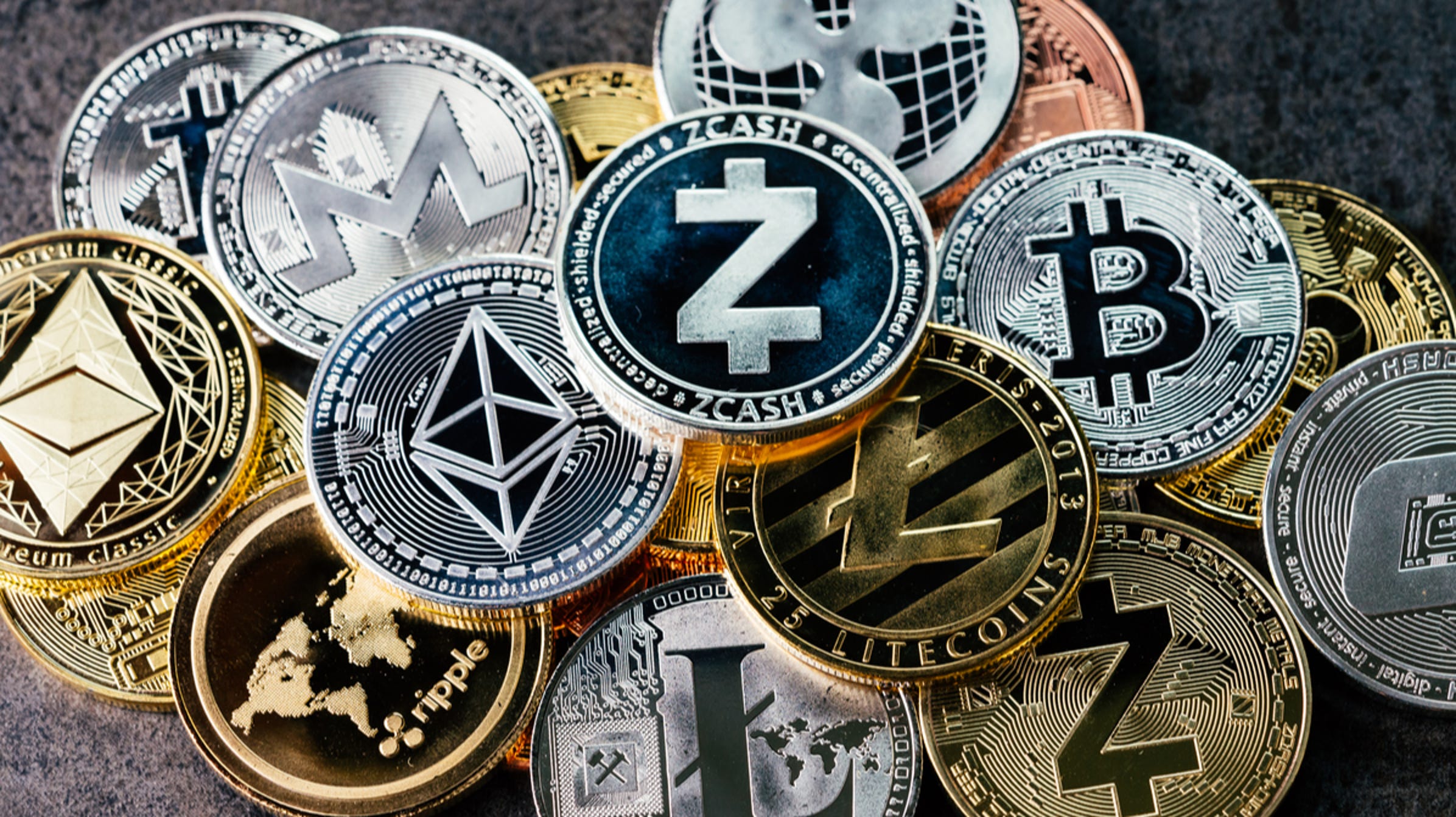 What exactly is cryptocurrency? And what’s a blockchain? A “digital wallet?” And what is Bitcoin mining? Is crypto risky? You sure do ask a lot of questions. Just pay me $1 million in Bitcoin, and I’ll tell you everything you need to know.

If you’re like me, you’re a 67-year-old man who doesn’t floss consistently, has an annoying bald spot, might be addicted to peanut butter, and has a mole on your back that is starting to cause you some concern. And, like me, you’re also probably wondering, “What exactly is this thing called cryptocurrency?” But first things first. You probably should get that mole checked out.

So, what is this confusing thing called cryptocurrency? Let me help you out with this simple explanation that any seven-year-old could understand (assuming that youngster is currently studying blockchain computer programming at Harvard).

Cryptocurrency is nothing more than a form of decentralized digital currency traded over the internet, utilizing a series of peer-to-peer networks of computers running open-source software, based on a complex series of logarithmic algorithms in which all transactions are vetted using a sophisticated technology called blockchain.

I know, I know. I hear your internal gears working: “Okay, but what is blockchain?” Glad to see you’re paying such close attention. It’s actually quite basic. A blockchain – or as my poker buddies call it, “Distributed Ledger Technology” (DLT) – is just a fancy term for a distributed database shared among digital nodes of a computer network in which the information is stored electronically, thereby enabling cryptocurrency systems to maintain a secure, decentralized record of transactions, without any governmental regulatory interference.

And this might surprise you, but a blockchain database collects information together in groups, known as blocks, that hold sets of information, and is closed and linked to previously filled blocks, forming a chain of data known as a blockchain. This is done using a process called a “Segregated Witness (or SEGWIT for short) that separates digital signature data from transaction data, thereby allowing a higher volume of transactions to fit onto one block.

One type of cryptocurrency is a “token.” Think of it as being kind of like a bus token – but only in the way it is spelled.

Now, wasn’t that simple? But what you might not know is that blockchain is used in a decentralized way so that no single person or group has control – other than Mark Zuckerberg, obviously. Decentralized blockchains are immutable, which means that the data entered is irreversible and therefore all transactions are permanently recorded – with backups stored in tough guy actor Danny Trejo’s basement for maximum security.

For the five readers who didn’t bail after I got to the part about “blockchain,” I just have to say, you clearly have a high pain tolerance for obscure technobabble. Why are you still reading this? Do you even have a life? I’ll bet you’re really into playing Magic: The Gathering with your friend Bert. How does your spouse put up with you? Get outside for once and try learning a sport. And no, Dungeons and Dragons is not a sport. 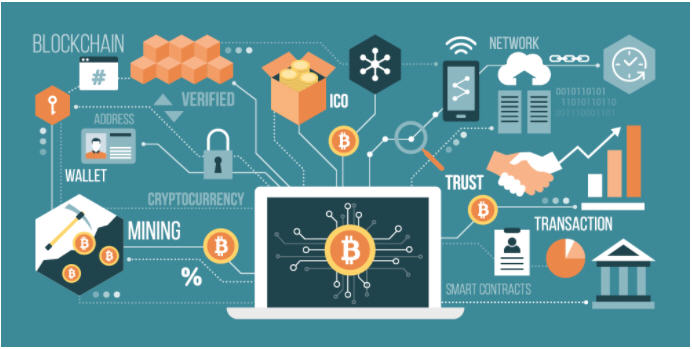 If you are still having difficulty understanding how BLOCKCHAIN works, perhaps this simple diagram will help.

What, you still want to learn more about crypto? Okay, don’t say you weren’t warned. You’ve probably heard of Bitcoin. It was the very first cryptocurrency, introduced way back in 2008. Since then, more than 16,000 other cryptocurrencies have been launched (and thousands of them have crashed and subsequently vanished).

I recently learned there was even a hot cryptocurrency called TimCoin. So, naturally, with a great name like that I decided I had to go all in. I was all set to cash in our entire IRA portfolio – until my wife read that it was just a scam. Apparently, all the initial investors lost everything when it was discovered that the CEO had used the funds to purchase “extremely rare seeds” and repair a hole in her kitchen due to a small fire. (True.) I guess I dodged a bullet there.

Okay, I have to confess. I’ve read articles and watched news stories intending to explain Crypto, digital tokens, blockchain, Binance Smart Chain networks, and something called “bitcoin mining.” And I still can’t grasp what any of it means. For this article I just Googled “what is cryptocurrency.” I have no idea what the words I have been writing even mean. I was just trying to impress you. Did it work? I didn’t think so.

If you’re still confused as to what all the hoopla is about crypto, you may be asking, “Is it risky?” It all comes down to your level of risk tolerance. If you’re the kind of person who gets a rush out of putting down $10,000 on 22 at the roulette table in Vegas, if you get an adrenaline high from trying to outrun the bulls in Pamplona, desperately hoping to avoid being gored to death, or if you’re a big fan of Ponzi schemes, then something tells me crypto just might be totally your kind of thing.

If on the other hand, you might like to retire someday with most of your 401K intact and still be able to take that Mediterranean cruise you’ve been dreaming about for years, then perhaps you might want to sit out the crypto craze. My wife explained to me that it’s the Wild West of investing, as it’s a virtually unregulated industry with huge, sudden market swings up and down – much like my daughter and her feelings about her latest boyfriend.

Incredibly, if you lose your crypto “wallet” password, you’re completely screwed. No bank or government agency will bail you out – not even Oprah, and she is extremely generous. 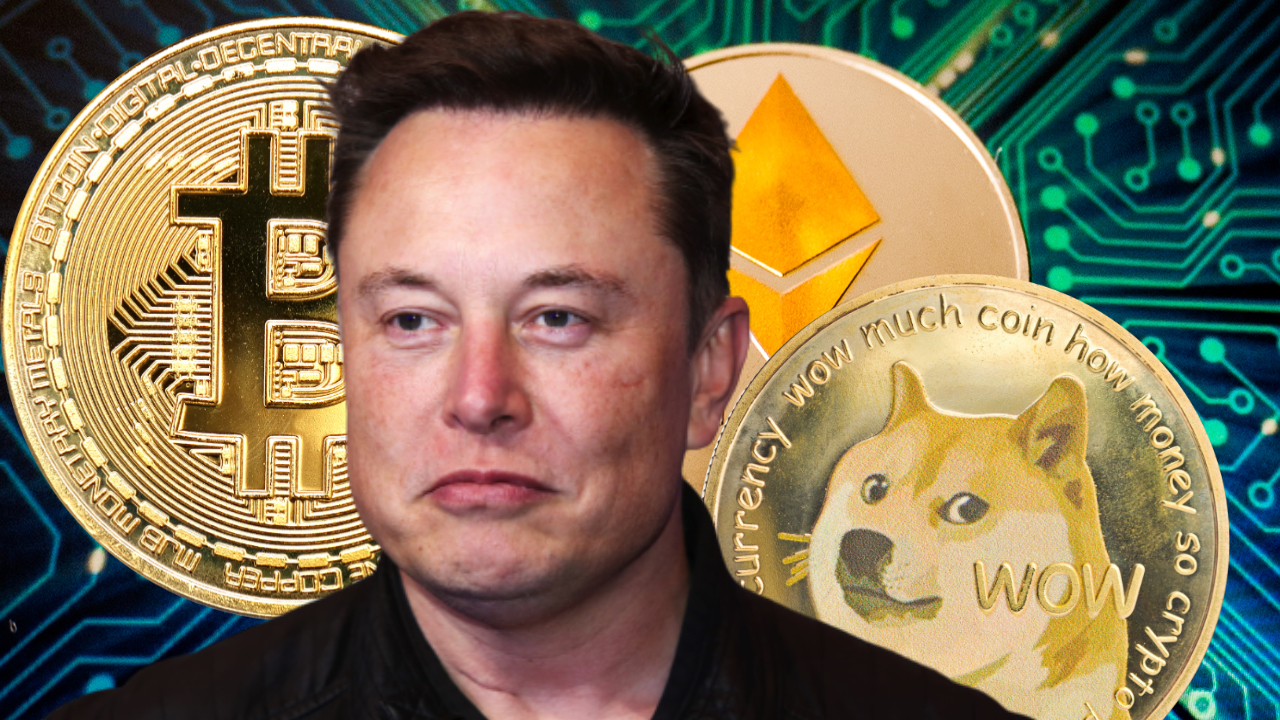 A couple of computer software engineering nerds went so far as to launch a satirical cryptocurrency they named Dogecoin, in order to make fun of Bitcoin. Elon Musk endorsed the new currency. Now Dogecoin has a market cap of $19 billion. That’s one hell of a prank.

A few years ago, there was a guy named Stefan Thomas who misplaced his Bitcoin password – never could remember it. As a result, he couldn’t access his Bitcoin account. His $250 million investment was literally locked in a cyberspace vault forever. Poor guy. He should have used an easier-to-remember password. Had he used my universal password (“PASSWORD123”),  he’d be rich today.

My advice, if you’re contemplating getting into crypto: Do extensive research. Otherwise, you probably should avoid it altogether – unless you’re really good at remembering your password.

Invest in something less volatile. In fact, the other day, a buddy of mine told me about another hot new investment vehicle that sounds like a sure thing. It’s called Non-Fungible Tokens or NFTs for short.

I asked him what an NFT was and he said. “It’s a unique unit of data employing technology that allows digital content – from videos to songs to images – to become logged and authenticated on cryptocurrency blockchains like Ethereum so that you can easily own and sell digital content.”

Umm, I have absolutely no idea what the hell any of that means. But I do know one thing: I’d better get in on this NOW, before the buzz around NFTs start to cool off. Don’t tell my wife. I want to surprise her.