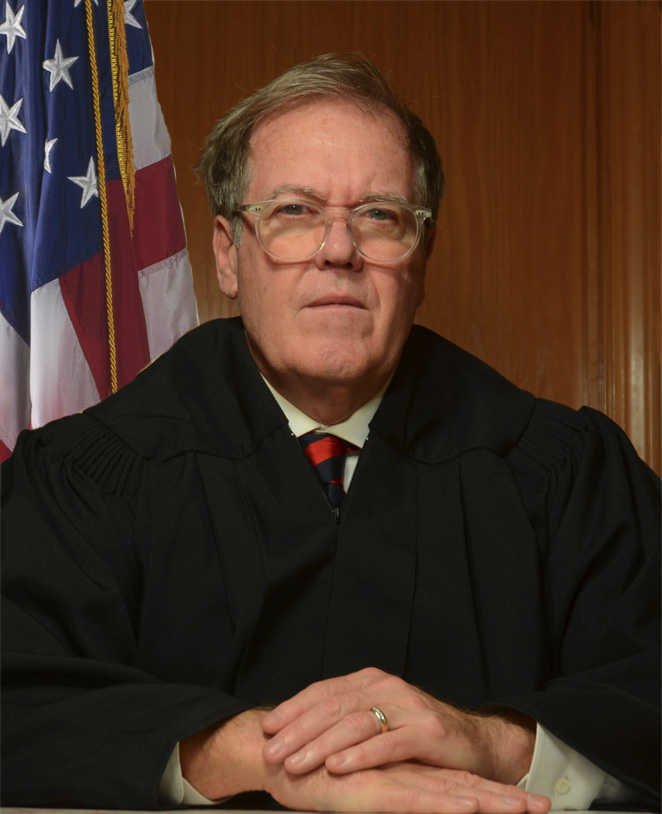 I’m excited to announce my latest career move: Replacing Judge Judy, who recently stepped down from The People’s Court. Pray to God you don’t have to appear before me. I’m a ruthless judge. I have a lot of scores to settle and a very long memory.

Recently, I decided to retire from my four-decades-long career in sales management. As you know, I’m not one to boast about my many lofty career achievements. but I humbly admit that I was extremely gifted at building and leading successful, high-performing sales organizations (if you ignore the input of my former bosses or any of my sales reps or HR Directors who had to deal with the litany of complaints they received from my sales reps and bosses).

I was preparing to retire to a simpler life of afternoon naps and watching reruns of Modern Family, when I read some shocking news. I learned that after 25 years and 12,500 episodes, Judge Judith Sheindlin, better known as Judge Judy, recently decided to call it quits. She would soon bang her last gavel on the long-running hit daytime show, The People’s Court.

I began to wonder anxiously: Who would fill the tremendous void left by Judge Judy’s departure? Would America start to descend into lawlessness, violence, and debauchery? More importantly,  What would I do to fill my time between 4 and 5pm on weekdays?

Then it hit me. Of course! Call off the search for the next Judge Judy. Because there was one person uniquely qualified to take her place. And that person was staring back at me in the mirror. I would be the natural jurist to fill Judge Judy’s shoes (unless she wore high heels, in which case, having to wear pumps would be a deal breaker).

What are my credentials, you ask? Too many to count. I went to Ohio State University’s law school, where I finished in the top 99% of my class. I also took three years of Latin in high school, and I remembered that judges use tons of obscure Latin phrases in their decisions, like Quid Pro Quo and Res Judicata. I have no idea what either of these mean, but that’s never stopped me from using them in the past.

During law school, I had a part-time job as a conciliation mediator working for the Small Claims Court of the Franklin County, Ohio Municipal Court System and my job was to attempt to persuade complainants to settle their claims out of court. I did a phenomenal job. In fact, I had the highest case settlement record in the court’s history. And there is no way my supervisor would dispute my claim because that was 40 years ago, and I’m pretty sure he died a while back.

Another reason I’m the logical successor to JJ is because I was in my high school’s theatrical production of Inherit the Wind, a play about the famous Scopes Monkey Trial. I was cast in the role of Matthew Harrison Brady, the prosecutor in the trial.

Again, pardon me if I sound immodest, but my performance was Oscar-worthy. My drama teacher Art Green said about my performance, and I quote, “Tim’s performance was at times erratic, and I don’t think he quite grasped the motivation of his character. He felt the need to hog the spotlight every chance he got. Tim would be a natural, um…lighting crew assistant.”

Stop, Mr. Green. Stop! You’re giving me a swelled head! But perhaps most importantly, The People’s Court wouldn’t even have to buy me a judge’s robe, because I already have one (as proven by the photo above), which I bought for a Halloween party in 1994. It still fits me – if I don’t have a big meal before trial.

So, now that we’ve agreed I’m the obvious choice, you can start calling me Judge Tim – once my official judicial confirmation is approved by the U.S. Senate. I’ve got some, let’s just say, “embarrassing dirt” on Senate Majority Leader Schumer, so my confirmation is pretty much assured.

Here is a small sampling of the cases I plan to hear, as soon as I can locate my gavel (which I stole from the set of Inherit the Wind in high school, but please don’t tell the U.S. Senate Judiciary Committee):

The case against Mary Spivey, who, in my freshman year at UVa, agreed to go out on a date with me when we were matched by a computer date matching service, only to have our first (and last) date end after 30 minutes, when an irate guy interrupted our date to inform me that, unbeknownst to me, he and Mary were engaged (true). Judge Tim doesn’t get mad. He gets even. Mary, I’ve ordered UVa’s registrar to update your final college transcript and change your impressive 3.9 GPA to a shameful 1.9. And just like that, your grandkids will lose all respect for you. 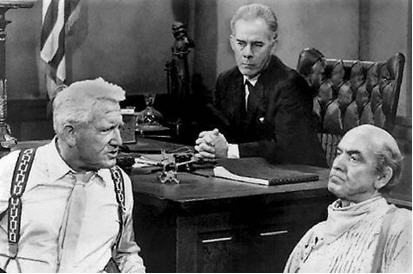 Why am I so sure I’ll be selected as the next judge on The People’s Court? Because I played the prosecutor in my high school’s production of Inherit the Wind. That’s me on the right as Matthew Harrison Brady. At left, my classmate, Arman Williams, who bore a vague resemblance to Spencer Tracy. Amazing makeup jobs, if you ask me.

The case against my three college dormmates who pranked me one time by putting up deeply embarrassing posters of me all over campus. Sure, I laughed and pretended it was hilarious. Maybe you will all be in stitches when you see the punishment I’ll be doling out to you. Hope you like Mexican prisons.

The case against that Nazi storm trooper cop who issued me a ticket for going three miles an hour UNDER the speed limit. Kneel before me when you enter my courtroom, you pathetic little man, and hand me your badge.

The case against my neighbor for borrowing my weed whacker and never returning it. No wait, now I remember. Actually, I borrowed it from HIM, and then I lost it. Okay, I’ll go easy on him, I guess.

And finally, the case against Donald Trump for having taken years off my life, causing me to scream at my TV on a daily basis for the past six years, and raising my blood pressure to dangerous levels. Donald, Judge Tim would be happy to build that wall you keep ranting about, you petulant man child. But that won’t be necessary. I’ve already made all the arrangements. Your beautiful, insurmountable wall is waiting for you – at Sing Sing Correctional Facility.

It appears I’m going to have a full docket, I must say. I assure you, I will be a fair judge, committed to justice. And I will only accept cash bribes if I have a particularly large credit card bill coming due that month.

Wait a minute. I just read that Supreme Court Justice Stephen Breyer might step down in the upcoming year. Maybe I should turn down The People’s Court gig and put my name in for Breyer’s job. After all, these guys only work 26 weeks a year and they only hear cases on Monday, Tuesday and Wednesday mornings. Talk about a cushy gig. Yeah, given my marginal work ethic these days, that job sounds more up my alley.