[Author’s note: The following story of my youth is completely true. It is the saga of my first – and worst – date ever. No exaggerations are needed to convey my humiliation. Perhaps this play-by-play highlight reel will help you appreciate the magnitude of my fiasco. TEJ] 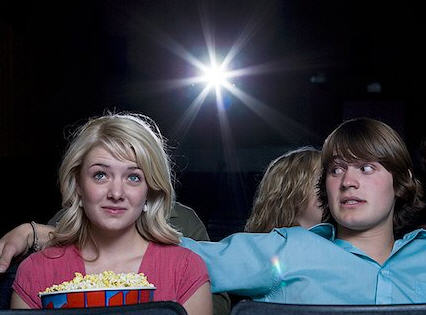 This is a play-by-play look at my very first – and worst – date ever. I was only 16 and had no clue of first date protocol. I actually tried this suave move. Epic fail!

This week on WFD, we take a trip in the Way Back Machine to May 1971, to witness the cringe-worthy first-date-astrophy of Tim Jones. Our hero’s maiden voyage into dating was akin to the sinking of the Titanic. Many experts consider Tim’s shipwreck one of the most traumatic close encounters of the worst kind in the annals of teenage dating.

Craig Krashenberne: That’s right, Brad. This one truly belongs in the WFD Hall of Fame.

Craig: Touché, pal. Tonight’s episode is titled The Strike Out King. Where should we begin, Brad?

Brad: Let’s start by painting the picture of how deeply infatuated our protagonist, young Tim (age 16), was with the attractive and alluring Suzie. He was besotted, over the moon, gaga, smitten…. You get the picture?

Craig: Indeed, I do.

Brad: In fact, unsuspecting Suzie lived right across the street, so Tim would gaze upon her house through his bedroom window, dreaming of holding her hand.

Craig: Sounds like a creeper, if you ask me.

Brad: Our hero was painfully shy and had no clue how to talk to girls, let alone how to ask one out. As if that wasn’t bad enough, he attended a private all-boys’ military academy where Dating 101 was not part of the curriculum.

Craig: To top it off, the boy had absolutely no fashion sense! For his first date with Suzie, the bonehead wore lavender corduroy bell-bottoms held up with a shiny white belt, and a lime green polyester shirt. Strike One! Are we sure he wasn’t gay?

Brad: Jury’s still out on that one. But enough about his fashion blunder. Let’s talk about the chauffer service he enlists to drive them to the movies.

Craig: Pretty classy move – except for one minor detail: the driver is his older brother. Because Tim doesn’t have his driver’s license yet.

Craig: Yeah, not a good start for his first romantic outing. But I’m sure he makes up for his initial faux pas by choosing a hilarious comedy, right?

Brad: That’s a big Negatory, Craig-O-Matic. He takes her to see WILLARD!

Craig: Wait, Willard?? The creepy horror film about a young psycho dude who gets bullied, then trains hundreds of rats to kill people in revenge? Talk about bringing the plane down for a hard crash landing! The kid is going down in flames! Were there any survivors? 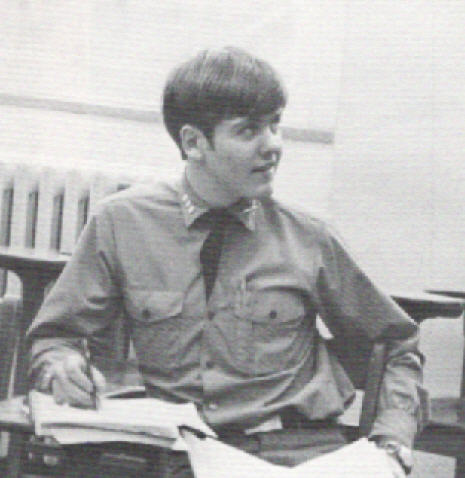 Me, circa 1971. What lass could resist the charms of this lad? Answer: All of them. I possessed the animal magnetism of a monkfish. Which is fitting, since I attended an all-boys’ school.

Brad: Barely. But let’s take a gander at Tim’s next Casanova move, shall we?

Brad: He does the “stretch maneuver” – reaching his hand out, extending it around Suzie’s back and landing his arm on her shoulder.

Craig: Oh, no, he didn’t! I thought they outlawed that first date move back in 1964.

Brad: Tim wasn’t much of a student of history. Apparently, he saw an episode of Bonanza where Little Joe put his arm around a woman he’d rescued from a burning house, and she swooned in his embrace.

Craig: Bonanza, eh? A great how-to manual for wooing – if the year was 1867. So, how does our little buddy’s daring maneuver work out?

Brad: You don’t want to know.

Brad: Let’s just say, his grave is pretty well dug by then. Little Miss Suzie stiffens up like a cement pillar, her eyes glued to the screen. Apparently staring at ravenous rats devouring human flesh was less upsetting than having to make eye contact with Tim. After 20 minutes, Tim’s arm starts cramping up badly, but he feels stuck and leaves it there the rest of the show. He was committed.

Brad: You mean he should have been committed, for such an ill-conceived lame move. But you know, as awkward as that was, that isn’t the worst part – not by a long shot. Remember?

Craig: How can I forget? As the movie ends, Tim asks Suzie if she’d like to go out for ice cream, to which she tersely replies –

Brad: Oh, I remember: “Can you take me home pleeeeze – now?” Boom! DOWN GOES FRAZIER! The ref should have stopped it right then and there. And Tim doesn’t have a car, remember? So, he calls his brother on his cell phone, right?

Craig: No, dude. It’s 1971. His choice is calling up his brother on a pay phone – either that or hitchhiking. Only one small problem – Tim has no change and the concession stand is now closed. So, he asks Suzie for a quarter, but she didn’t bring a purse.

Craig: Not quite. He literally goes panhandling, begging complete strangers for money to place the call.

Brad: Strike Four! Are you allowed four strikes on a first date?

Craig: Buddy, it ain’t over. Tim ultimately hits up eight people before one of them gives him 25 cents. By this time, the theater is closed. They’re forced to stand and wait outside – just the two of them, until Tim’s brother arrives. By now, Suzie is shivering, from the cold night air – or from the horrors of Willard – or perhaps from the traumatic memory of Tim’s arm around her shoulder. Of course, Tim didn’t wear a jacket, so no chivalry points there. 45 minutes later, the getaway car finally shows up. 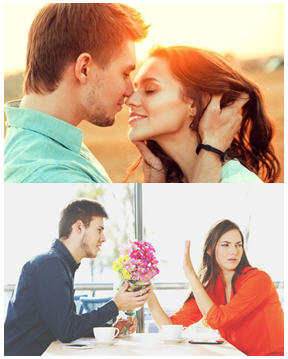 Above: How I imagined my very first date might end. Below: A rough approximation of how it actually went. Her favorite part of our evening? When it was finally over.

Brad: Speaking of cars, this has turned into a five-car pile-up. But next comes my favorite part. Tim gallantly opens the car door to let his date into the back seat. Remember?

Craig: Oh yeah. That’s when Suzie speaks for only the second time that evening. As Tim endeavors also to sit in the back seat, she whispers, “Would you mind sitting in the front?”

Craig: As God is my witness.

Brad: Strike… um… how many strikes is he up to? The kid is dying out there. Quick, get a medic. I’m not sure we can resuscitate the boy.

Craig: But the final nail in the coffin is when they pull into her driveway. Tim’s father had taught him, “A gentleman always walks the young lady to her door.” Kind of hard to do when your date is literally sprinting to her front door and shouts, “Thank you, bye.” without even a glance back at the bewildered Tim.

Brad: Wow, that’s brutal. Those passengers on the Hindenburg suffered a less harrowing outing! At least for them, their agony was over quickly.

Craig: And here’s the amazing twist. Tim and Suzie went out for two years, and she totally fell for him.

Brad: Really? Did not see that coming.

Craig: No, you idiot. They never went out again.

Craig: Experts say it’s a wonder this debacle didn’t cause him to re-evaluate his sexual orientation.

Brad: That’s all the time we have for WORST FIRST DATES. Stay tuned next week, when we’ll dissect the worst first date of Bill Gates, king of the nerds.