So You’ve Been Asked to Come Back to the Office 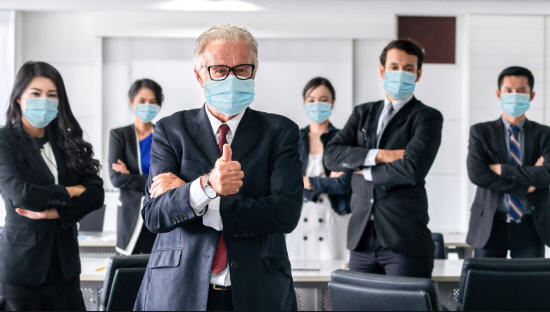 Welcome back to the office. Your boss is excited to have you here. Don’t worry. You’ll get the hang of it. It will be just like it’s been for the past year – except that you’ll be expected to put in more than 3 hours of work during an 8-hour shift. And you won’t be able to play Minecraft during the weekly staff meeting because your boss will be sitting next to you, now that these sessions are no longer on Zoom.

So you’re going back to work soon, eh? Not to imply that you haven’t been working extremely hard all this time over the past year, your nose to the grindstone three dedicated hours a day (six hours if you count your time playing video games) – ever since you’d been ordered to work from home due to the pandemic. But you just received word that, for the first time in over a year, your employer is asking everybody to report for work at the office.

If you’re like most people, you’re probably greeting this news with mixed emotions. Sure, you’re excited finally to see all your co-workers again. But you’re also wondering if you’ll even remember what they look like. [Hint: they look the same as before – just 35 pounds heavier.]

Having, until recently, worked in a corporate office environment for most of my career, I thought it might be helpful if I reviewed some workplace basics, to prepare you for your transition back to the world of co-workers, company lunchrooms, and office gossip.

First of all, when you enter the office, that slightly annoyingly perky person greeting you is the receptionist. They can help you locate your desk since by now you’ve probably long since forgotten where you used to sit. [Another Hint: It will be in the form of a 5’ x 5’ cubicle with 4’ tall dividers – just like the cubicles everybody else has, except that your desk has been relocated to the basement.]

Feel free to personalize your workspace to capture your own unique style by displaying photos of people you care about, along with fun posters and knickknacks to let people see your fun, quirky spirit – just so long as your photos have been approved by Human Resources, and your cubicle adheres to the company’s new “no posters or knickknacks” policy.

That vaguely familiar plastic device on your desk – the one with a curly cord – is called a desk phone. It works much the same as your cell phone, except that your desk phone can’t check your Facebook feed, or play Angry Birds, or binge-watch Bridgerton. Okay, so it’s essentially useless. But it might make a ringing sound occasionally. If it does, you probably should answer it. It just might be your boss – either that or someone from HR, asking you to take down your Texas Chainsaw Massacre poster (it’s starting to creep people out).

That large white boxy-shaped machine in the hallway where people press buttons and curse at it is called a copier. When you’re in a hurry and you need to make copies of an important document, it will conveniently jam roughly 80% of the way through the run. But don’t worry, with help from three co-workers, you might be able to locate the source of the problem in under a half hour. 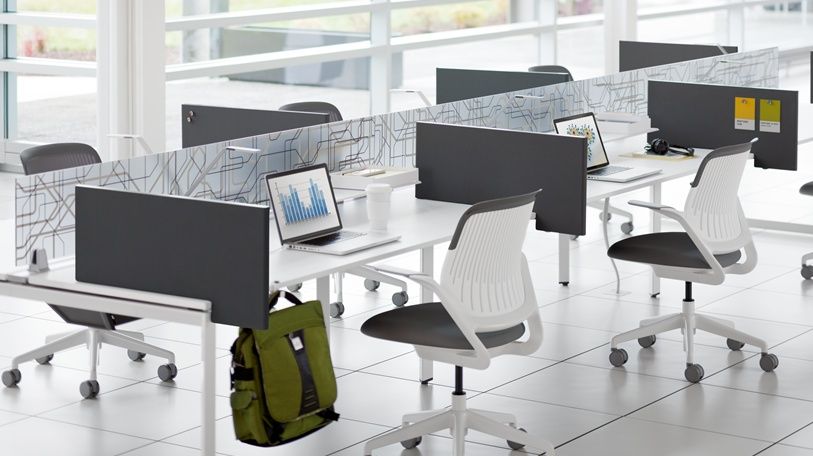 Check out your new socially distanced work space. Now you will have more safety and even less privacy than ever before. Your cubicle will look just like this, except that it’s in the basement with a peek-a-boo view of the dumpster.

Since it’s been over 12 months since you last had to wear pants for work, let’s go over office attire etiquette. While pajama bottoms technically constitute a form of pants, you may not score points with your manager if you show up in them – unless you choose the PJs covered with images of your cat. It’s adorable. And let’s leave your Seattle Seahawks sweatpants at home too. Looks like they’ve not been washed since their heartbreaking loss to the Patriots in the 2015 Superbowl. (It’s really time to get over it, buddy.)

Personally, I think your bunny slippers are hilarious, but your annoyingly traditional stuffed shirt of a boss might be a stickler for something they call “shoes.”

Also, while this may seem totally unfair, the office expects you there by 8am. Crazy, I know. So, you might want to update your previous routine of waking up at 9:30am if you plan to make it in on time.

When you get to the office, it’s a great idea to re-introduce yourself to your co-workers. It’s been so long, they might not recognize you with your beard and ponytail and the Hello Kitty lower back tattoo you got on a dare that you lost. And when you greet them, smile, and feign interest in their response. Perhaps don’t lead off by saying, “Hey, you looked way slimmer on Zoom than in person.”

When you greet one of your colleagues, for safety’s sake, don’t shake hands. Settle for a friendly elbow bump or an “air” high five – unless the other person is a total jerk and you’ve already been double vaccinated, in which case, go ahead and plant a fat, wet kiss on their cheek. They’ll steer clear of you from now on. However, you may get a visit from that same HR representative who has a thing about ghoulish movie posters. HR reps have no friends.

While the pandemic appears to be in decline, we’re not out of the woods just yet. Be patient. Please continue to wear a mask in the office until you are told otherwise by management. But don’t wear your mask over your eyes as eye shades – especially during the team meeting. It may be your go-to move for your daily 2pm nap, but the corporate policy on napping is a bit less lax back at the office.

When you’re stuck in a meeting you feel is a complete waste of your time, refrain from saying out loud that the presenter is an incompetent idiot and a bore. Your mute button only works in Zoom meetings – not during in-person meetings. I can’t stress this enough. 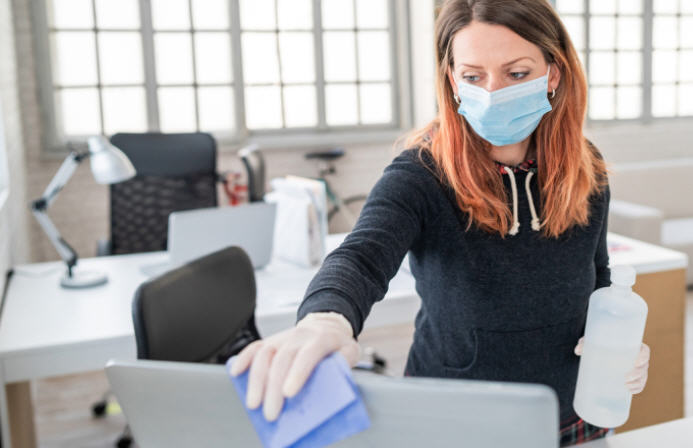 You will be asked to do your small part to keep COVID away by wiping down your desk, computer, phone, chair and office supplies with an antiseptic cleanser every 45 minutes. Remember to bring a new box of disinfecting wipes to work each day. No, you can’t expense it.

Oh, one more thing. See that large room with all the swivel chairs around a large mahogany table? That’s called a conference room. It’s typically going to be used by your boss when they convene a meeting where they will go around the room to scream at each team member about how they are failing to abide by the company’s new “no posters or knickknacks” policy.

Being stuck in a conference room is no fun. But don’t worry. You will only have to attend these meetings for a few weeks – until they realize that the vaccine you got does not protect you against the latest COVID variant and they need to send everybody back home again.

Before you know it, the next spike will hit, and you’ll be back on your couch, in your pajamas and bunny slippers, with a pint of Ben & Jerry’s Chunky Monkey. Good luck beating your high score on Fortnite.