Your Majesty, Are You Looking for a Replacement for Prince Harry? 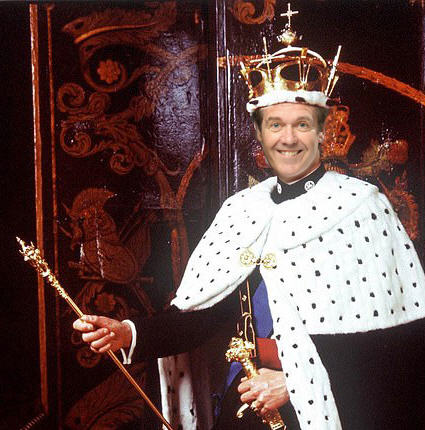 I don’t want to get ahead of myself, but things are looking quite promising that I shall take Harry’s place as a member of the Royal Family. Be honest: Does the crown make me look fat?

Hi. I’m Tim Jones, your biggest fan. You probably know me from my world-famous humor blog, View from the Bleachers. Not ringing a bell? No worries. My wife’s never heard of it either.

Hey, I read on Twitter that Prince Harry and his American wife, Meghan Markle, have decided to bail on the whole Royal Family thing. That royally sucks! Is it okay to say “suck,” Your Holiness? (No, wait, that’s the Pope. My bad, Your Majestiness.) Apparently, Harry will forgo the titles of His Royal Highness, The Duke of Sussex, Earl of Dumbarton and Baron Kilkeel. That’s a lot of titles to forgo.

I understand Harry was sixth in line to the throne, after Prince Charles and a few other princes, dukes and a possible viscount. I imagine you’re in quite a tizzy about what to do in the event – God forbid – Prince Charles and the lot of them are wiped out in a horrible cricket mishap, now that Harry has gone AWOL.

I understand your anxiety over this regal scandal. I suffer my own disgrace every time I admit to being a common humor writer. But not to worry. I’ve come up with a win-win solution to both our problems. Just spit balling here, girlfriend, but how about you appoint me to replace Harry. Prince Tim. It has a nice ring to it, don’t you think? I hear ye – Not another American in the Royal Family! But I would be far less annoying than Meghan (let’s face it – she IS a bit of a “princess,” if you know what I mean). And my clothing allowance alone would save the British people millions.

Personally, I believe I’m extremely well qualified to step into Harry’s riding boots. With a little stuffing, they would fit me grandly. And I have often thought of myself as being 6’1”, just like Harry is.

I should mention that my last name is Jones – of common Welsh origin. From what I hear, the English have always gotten along famously with the Welsh – almost as cordially as they’ve  co-existed with the Scots, not to mention the Irish. One big happy family. Also, my wife is Canadian, so I’m pretty sure she qualifies for partial credit as a British subject. She told me that as a child growing up in Toronto, she was required to sing the British national anthem, God Save the Queen in school. She still remembers most of the first verse.

Full disclosure, I do share part ownership of an ancient castle in Scotland, being of the Clan Hannah (on my father’s side). I promise, I will not fortify the ramparts, nor will I use this strategic locale to rally the Scottish opposition. I remain a loyal subject in service to my Queen. However, if you don’t see fit to bestowing upon yours truly the title of HRH (that’s short for His Royal Highness, in case you weren’t familiar with that term, Liz – or do you prefer Beth?), I can’t be responsible for any plans on the part of my fellow clansmen to storm Buckingham Palace with catapults and battering rams. 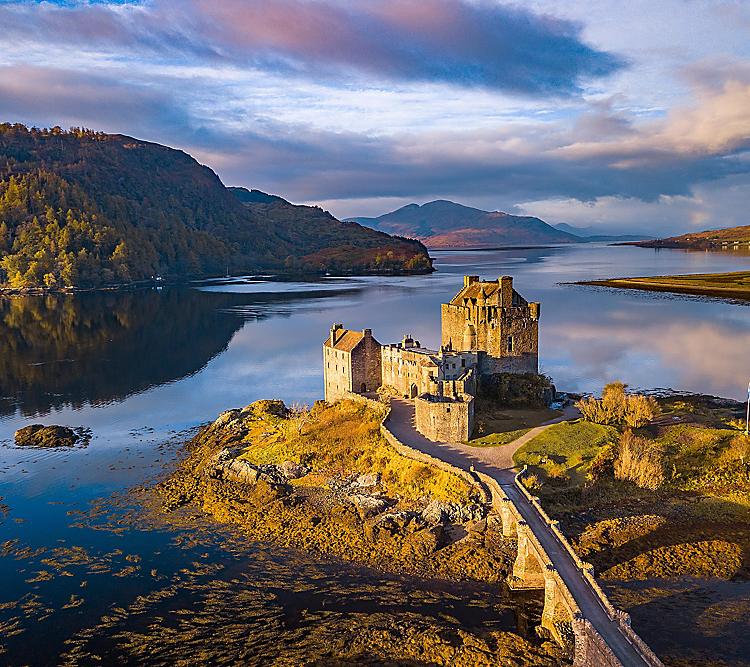 I don’t want to make a big fuss about my castle. All I need is a modest 20,000 sq. ft. hangout with a drawbridge and turrets. This one isn’t bad, but the movie room is cramped and the Wi-Fi is rather unreliable.

I know you Brits love your pomp and circumstance. So, do I. In fact, I attended an all-boys’ private military prep school. I still have my uniform with lots of medals I earned (or borrowed), a sash and even a sword – consider all the pounds and pence you’ll save on my costume for parades. (I could use the name of a good tailor, as it might need to be taken out a tad.)

The more I ponder it, the more it’s crystal clear I’m your perfect replacement for Harry. At age 65, I’m almost the same level of maturity. I know how to drink tea, and I’m pretty sure I know the difference between a scone and a crumpet. I’ve visited London once and I am almost fluent in your foreign language. And, not to brag, but I can do a pretty spot-on drunk Harry Potter impersonation.

I am a little fuzzy on what my duties will be. Can you flesh this out for me? From what I read in People Magazine, it sounds like Harry’s role required him to represent the Royal Family at ceremonial occasions, like hospital grand openings, ribbon cuttings, charity fundraisers, chasing foxes on horseback and dressing inappropriately at late night costume parties. I can do all of these. I also read that Harry has often been a bit of an embarrassment to his family. Me, too!  Just ask my wife and kids.

Speaking of my wife, her name is Michele. What title would you recommend for her? I was thinking something like Princess of Cambridge, Duchess of Gandalf, Baroness of Hogwarts. But I’m totally open to your suggestions.

I also have a question as to my official residence. Is Downton Abby available? If not, I am humbly open to your recommendations. However, if you can swing it, I wouldn’t mind a castle with a moat and a drawbridge – to keep the Irish riffraff out. Nothing fancy. I’m a man of simple tastes.

By the way, can you explain what you call your country? Is it England or Great Britain or the United Kingdom or Camelot? Why can’t you all just pick one name and stick with it? It’s horribly confusing to your humble servants on this side of the pond. Also, I kinda’ need to know the name of my future kingdom, for when the time comes that I take your place.

Which reminds me: When I become Prince, will there be a coronation for me? That would be awesome. All I ask is that at the reception, you not sit me next to the Earl of Norfolk or his wife, Lady Astor. They can be such intolerable bores, always talking about their prize-winning primroses. 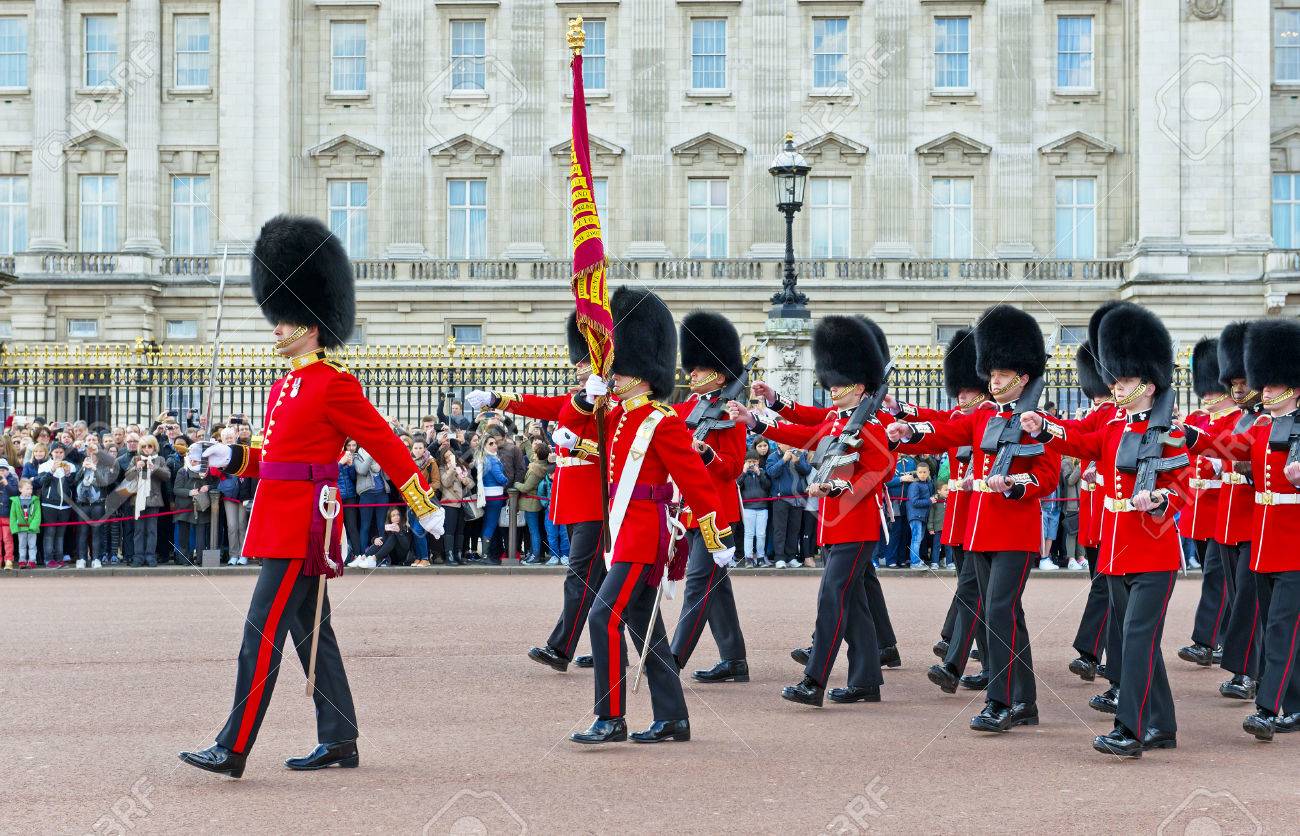 I’m still unclear how many of these soldiers will be assigned to my personal protection. I shan’t need more than 100, to be sure. I’ll definitely swap those stuffy tops for Seahawks jerseys.

I look forward to hearing from you regarding next steps. Please call my cell. I’m never at my landline. I know we will get along famously – and besides, you won’t have to put up with that annoying Princess Meghan anymore.

On a related topic, do you have any problem with my riding around in the royal carriage when my poker buddies from the states come to visit? I’ll make sure they don’t puke on the upholstery.

Let me know if you have any questions, Your Majesty. Did I mention I have a friend who owns a corgi? I love corgis.

God Save the Queen, and with any luck, God Save Prince Tim, as well. Toodaloo. 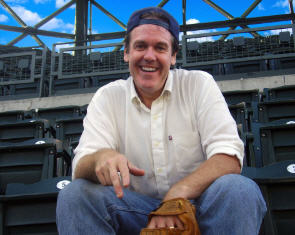