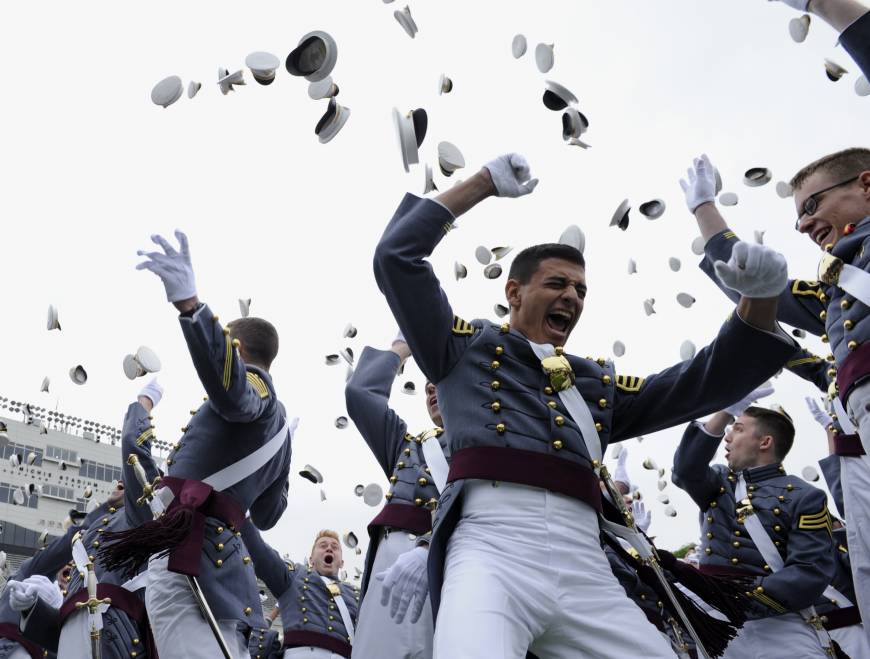 This happy fellow dancing badly is my high school classmate Doug Stone. He partied all the time, was a total slacker and arrived late & drunk to graduation. He now manages a global hedge fund & earns $15 million/yr.

Every three months, like clockwork, I suddenly experience an overwhelming feeling of inadequacy. It happens when my high school alumni newsletter arrives. I went to a private all-boys’ military high school, the Albany Academy, founded in 1813. The school sends out a quarterly newsletter for three reasons:

I don’t normally suffer from poor self-esteem. I feel fairly good about most of my vocational moves – even my current ten-year gig as a humorist, despite the fact that it is a source of constant embarrassment to my wife and kids.

I generally avoid contact with most of my high school classmates because it invariably degrades into a rencounter among alpha males for top honors in career achievements. I’ll bump into someone from my graduating class who had been a stoner and slacker and barely eked by with a C- average. In the first minute of our encounter, he informs me that he’s now Chief of Neurosurgery at the Mayo Clinic. Or perhaps he invented GPS technology or won the Nobel Prize in Mathematics. Then comes that awkward moment when he asks what I’ve been up to and I am thrust into the awkward moral dilemma of whether to tell him I’m the CEO of a multinational technology firm or Ambassador to France. I usually just dodge the entire issue by vaguely alluding that he does not have the proper security clearance for me to divulge the details of my amazing story.

Which brings me back to the quarterly newsletter distributed by my Alma Mater. As I mentioned, a prominent feature is a Class Notes section, better titled The Brag Rag. For me, it’s always an ego-deflating read. For example, Joey Goldsmith, class clown, is currently recognized as the nation’s leading Protein Expression Scientist, which, as I am sure my readers know, I learned involves cloning and testing engineered DNA constructs and developing bench scale protein purification methods. On the other hand, I, the class valedictorian, became a sales manager.

Here are just a few class notes from my graduation year. 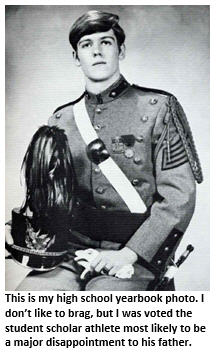 Richard Southbridge: Richie, now senior partner in the law firm of Southbridge, Rogers and Howser, is pleased to report that due to his firm’s incredible success, they’re opening their seventh office – in London, following on the heels of their Singapore expansion last spring. In his spare time, Richie serves as in-house counsel to the Pope.

Neil Silverstein: Fresh from his successful summit of Mount Everest as the first person ever to scale it without use of oxygen or footwear, Neil is back at work at the Pentagon where he serves as Assistant Secretary of Defense. Neil was recently awarded the Congressional Medal of Honor for singlehandedly bringing peace to the Middle East. In his spare time, he builds supersonic air planes which he then flies solo around the world, when he’s not competing in polo matches to help the homeless.

Just once, I’d like to see a few honest Class Notes submissions – that tell what’s really happened to some of my classmates since their glory days in high school. I’d prefer to read updates like these:

Mitch Newton: Mitch dropped out of law school despite his father’s pressure to join his law firm. Mitch really wanted to become a mystery novelist. He can’t afford a home in the Hamptons on his income, but he is still happily married after 28 years and enjoys camping with his wife in their 1962 Airstream trailer on weekends. They also can’t afford to send their oldest daughter to that private college she has her heart set on. They’ll no doubt have to dip into their retirement nest egg much deeper than planned. But it’s just what you do for your kids, says Mitch.

Barry Kostun: Barry is still struggling to hit the big time as an actor. He came in a close second for a tooth paste commercial in Japan. Still, he believes his big break will happen…eventually. In the meantime, he continues his day job as an accountant for a non-profit. He knows his job isn’t sexy, but it provides enough for his family to have a modest home and take two-week vacations every July to a different National Park. This year it’s Bryce Canon. He’s very excited. 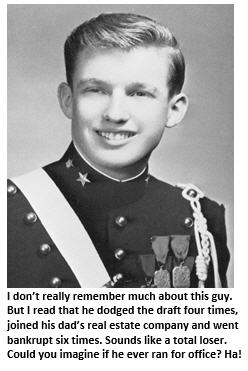 Ron Hayward: Ron shares that he’s done okay in his career as an advertising sales rep for several local TV and radio stations. It’s not how he envisioned life after college with a degree in mass communications, but he has few regrets. He gets to leave work every day at 5:00, in time to take his grandkids to soccer practice. And on weekends, Ron is by far the loudest soccer dad in the stands. After 43 years being married to his college sweetheart, Ron says he’s the richest person in his graduating class, if not in net worth then surely in happy memories.

Here’s a draft of my proposed submission. Tell me what you think.

Tim is still about a million bucks shy of becoming a millionaire. He was not promoted last year to a position with an impressive-sounding job title or a corner office. And he is at best a long shot for the Nobel Prize for Sophomoric Humor Writing. He put on several pounds since high school but recently has lost most of it and feels great and has come to terms with the reality that his knees are on the decline and his bald spot is on the incline.

Tim continues to play racquetball three times a week (still badly) and he’s amazed that his wife of 32 years still puts up with him. He adores their two girls, who have both graduated from college and appear to be making good choices. And on weekends, Tim writes this column you’re reading – that is, when he’s not working out with former president Obama.