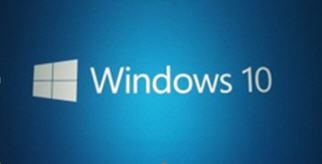 Well, first of all, although many people complained that the Start button was missing from Windows 8, it actually was there but was just hidden from plain sight. It was easily accessible to any average user skilled in Winbatch, SQL, SIMSCRIPT, PHP, APL or DASL.

But, to answer your question, yes, in Windows 10 the Start button once again appears right there on the main desktop, where any idiot can find it. To make your life even easier, we’ve also added a “Restart” button, which will come in handy during the thousands of occasions when you’ll need to restart your computer due to the constant updates we’ll be sending you to fix the problems caused by your use of Windows 10.

Can you tell me something about Cortana, the new virtual assistant in Windows 10? Is it something like Apple’s Siri?

Cortana is even better than Siri. Whereas Siri offers only answers to the questions you ask, Cortana responds to your questions also with valuable advice. For example, if you ask, “Where is the nearest Apple Store?” Cortana might respond: “It not a very nice day to go outside. Why don’t you wait a while and consider your technology options?”

What about security? Does Windows 10 include its own malware?

Yes, Microsoft Edge, the default browser in Windows 10, includes a feature called SmartScreen, which can identify malicious websites by scanning them for suspicious characteristics. We’re very proud of it.

But I’ve heard that Edge has blocked users from accessing Google Mail, after mistakenly identifying it as a malicious website. Are you working on fixing that?

Yes, we certainly are. By the way, in the meantime, if you’re unable to access your Google Mail, have you heard about Microsoft’s own email service, Outlook? It’s really great. Just thought we’d mention it.

I also heard that Edge occasionally failed to detect when a Google Docs user was hitting the space bar. Have you fixed that yet?

Yeah, yeah, we have. Jesus, give us a break already, will you?

Is it true that Windows 10 is available free of charge to users of Windows 7 and 8?

This week’s post was written by guest humor writer, Steve Fisher, the creative mind behind FishfulThinking.net, and a longtime friend of Tim Jones. Steve lives in Prague in the Czech Republic. In March 2012, Steve joined the Czech magazine Reflex (something like The New Yorker, only better) as its weekly humor columnist under the banner “Američan v Praze” (“An American in Prague”).