Humor writer admits to using banned substances and lying to everybody

[Tim Jones, noted humor writer and the driving force behind the humor blog View from the Bleachers, in a shocking press conference, admits to using banned performance-enhancing substances to help him write his column. Below are excerpts from that press conference.]

“This is not easy for me to admit. But the time has come for me to finally come clean. Rumors have been swirling about my behavior in recent months. And I simply could not live a lie any longer. For the first time anywhere, I need to make a public confession to all eleven of my readers:

For years I have been using banned performance-enhancing substances to help me produce my blog. And in the process, I’ve repeatedly lied to my readers, friends and family.

About the time people started wondering about Lance Armstrong, insiders started suspecting that I too might be using performance-enhancing substances to give me a competitive edge. They started noticing that my blog posts were getting increasingly unhinged. When I claimed in one post that I was a direct descendant of Jesus, it raised a lot of eyebrows. When I later wrote that I was contemplating switching my vote to Romney, my close friends and family members became deeply concerned about my mental state. But it was when I finally presented in one recent post my solution to America’s gun problem – arming every American with bullet-proof vests – that authorities could tell I had gone completely off the rails. 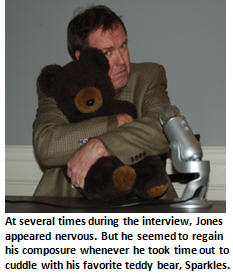 It’s true. I’ve been using banned performance-enhancing substances for years. It’s the only way I know how to endure the drudgery of writing a new humor column week after week. I tried to write “clean”, but I couldn’t. I’ve needed a cocktail of dangerous banned substances that both my wife and medical doctors have long forbidden me to ingest. My cocktail? A half-liter bottle of Mountain Dew and a King Size Kit Kat bar.

Sometimes, when I’m really struggling to come up with an idea, I’ve been known to scarf down a can of Pringles (but in my defense, I choose the multigrain version). And if I’m on a tight deadline and stuck, there are times I’ve gotten desperate and downed an entire bag of Peanut M & M’s (except the brown ones, of course).

I’m not proud of what I’ve done. But who am I hurting besides myself? So what if I furtively ingest dangerously high levels of glucose and fructose and pump saturated fat and refined flour directly into my bloodstream? It’s the only way I know to keep myself tethered to my keyboard to write this crap. I would have stopped writing this speech two paragraphs ago if it weren’t for the gummy bears in my pocket that keep me focused.

Have those banned substances actually improved my writing performance? Hard to say. But without these raging chemicals stampeding through my brain, how could I have come up with a post about 8,000 drunken U.S. sailors on a mission to capsize Guam?  Or my post discussing the merits of Jesus Christ vs. the iPad in a side-by-side comparison? It was just a matter of time before the authorities connected the dots and figured out I was ingesting excessive levels of dangerous chemicals that were severely impairing my mental faculties and maturity. So I’ve decided to come out of the closet, which, by the way, is where I hide my junk food.

But the deception does not end there. As bad as my substance abuse has been, I have compounded my reckless behavior by perpetuating a litany of lies week after week. For example: 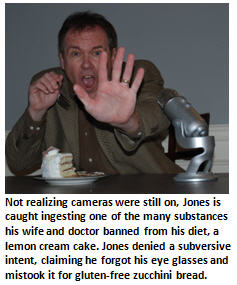 Humor writing is a cutthroat business. And every other humor writer uses performance-enhancing substances too. You think I’m the only writer who will power through an entire sleeve of Double-Stuff Oreos when they have only 50 minutes left to complete their column? Sure. Go ahead and live in denial. I’ve needed my fix of Butterfinger bars and raw chocolate chip cookie dough just to compete with those bastards. They’re all doing it. I’m just the first humor writer to get caught.

I am ashamed of what I have done. I hope you will find it in your hearts to forgive me. I want to apologize to my wife and kids for my countless lies about grazing on oranges and carrots when I was really sneaking Reese’s Pieces and Cheese Puffs.

But most of all, I want to apologize to the American people, which is why I plan to do a live, no-holds-barred interview on national TV – just as soon as I can get Oprah to return my calls and Simon & Schuster to agree to a $10 million advance on my proposed book deal.”