My love letter to my Internet Help Desk 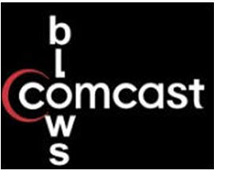 [Background: Last week, I spent 19 hours over five days dealing with the tech support call center from my Internet Service Provider (ISP) – all because I installed their software “security program” from one of their email offers, which mucked up my computer, making it completely inoperable.

Below is the actual enthusiastic letter of appreciation I sent to my ISP. Because I don’t wish to embarrass my ISP by name, I have chosen to alter the company’s actual name to protect its identity.

Everything written below is the 100% truth of my actual nightmare experience. Well, perhaps 90%. – tej]

Can I just say, I AM YOUR BIGGEST FAN! Your commitment to keeping your customers satisfied has never been more on display than over the past five days. In that time I’ve gotten to know  many of your tech support team members so well, they almost feel like family to me now. I am writing to tell you how grateful I am for everything that you have done to restore my faith in large bureaucratic, monopolistic utility companies for which their customers are merely numbers on an income statement spreadsheet.

My original  plan for last Saturday had been to go on a nice long day hike with my family. Little did I know that at precisely 9:07am that morning KOMKAST was going to radically change my agenda for the next five days. What an educational experience it was. Can I share it with you?

Perhaps I should start with the email I received from KOMKAST at 9:07am inviting me to protect my computer with your outstanding new security software program called CONSTANT GUARD. I was extremely impressed by your email (lovely graphics, by the way – kudos to your graphic designer), in which you wrote, quote:

As part of our ongoing efforts to continuously improve the quality of our service, KOMKAST is launching Constant Guard™ for High-Speed Internet customers. Constant Guard is the result of a multi-year effort to create a comprehensive approach to protecting our customers from increasingly sophisticated online security threats.

So true! It worked better than I could ever have expected. It went to work immediately protecting my computer from “online security threats” – in part because the nano-second I had completed the installation of your Constant Guard security software, my computer became completely inoperable. So your Constant Guard software sure did its job, totally preventing any online security threats from penetrating your software’s iron-curtain protective shield of my suddenly completely frozen computer.

In retrospect, what happened was no doubt completely my fault. I made the egregious mistake of INSTALLING THE CONSTANT GUARD SOFTWARE PROMOTED IN YOUR EMAIL. I should have realized this was just another SPAM offer from KOMKAST. I should have immediately pressed DELETE.  But instead, I did three incredibly boneheaded things in a row: First, I opened your email. Second, I clicked on your offer. And third, I installed your software. I deeply apologize for my reckless actions. Can you ever find it in your heart to forgive me?

I think you’ll find what happened next rather fascinating. I sure did. As soon as I had installed your Constant Guard software, PRESTO! My keyboard stopped working. No matter which key I pressed on my keyboard, nothing would happen. It was like the keyboard had been disconnected from my laptop.

After several calls to KOMKAST tech support, talking to Brad, then Jenny, then Carissa, and finally Paul, one thing became abundantly clear: None of them had a clue about what might have caused my keyboard to fail. But there was one thing about which they were all quite confident: It could not possibly be due to your beta version Constant Guard software which I had just installed moments before my keyboard failed.

Eventually another support tech rep named Roger told me about KOMKAST’s advanced level tech support service called Signature Support. For a one-time fee of only $79.95 with coverage plans starting at $19.95 a month, I could have unlimited tech support 24 / 7. Okay, I’ll bite. My computer was dead in the water. So I signed up and paid with my credit card.

I would estimate that in my numerous calls to your wonderful Signature Support HOTLINE, I logged approximately 14 hours – of which 9 hours were spent on hold, waiting to talk to the next available Signature Support Specialist. Over the course of five days, I came to appreciate that all this time on hold was actually a very helpful convenience. By day three, I was able to take a shower, use the john,  shave and floss, secure in the knowledge that there was not a snowball’s chance in Hell that a Signature Support agent was going to interrupt my daily hygiene regimen by coming onto the line. By day four, while on hold for Signature Support, I was able to go to the bank, make a grocery store run and fill up my car’s gas tank – all without having to be rudely interrupted by a Signature Support agent’s picking up my call. It was so convenient. I got so many chores done. Thank you, KOMKAST.

When I would finally get a hold of various Signature Support agents, they compiled an impressive array of theories about the cause of my problem – none of which involved the possibility that their software could have been the culprit. Some of my favorite theories were:

Over the course of five days and 14 hours of calls to the KOMKAST tech support center, along with another 5 hours of charming detours along the way with calls to Kaspersky Tech Support, Microsoft Tech Support, Dell Tech Support and a computer repairman I know, one thing was constant: my keyboard was still DOA, Kaput. I tried uninstalling the Constant Guard software and re-installing it. And uninstalling it again, without success.

Then something miraculous happened. I can’t remember which of the 11 Signature Support techs I was talking to – let’s say, Travis – who came up with the brilliant idea involving checking my computer’s file registries or some such thing. But after about 45 minutes of trouble shooting and four computer restarts, an amazing thing happened. My keyboard was accepting my keystrokes again. Hooray! … No, wait a minute. Not out of the woods yet. Turns out that now my computer keyboard would only type the characters 0123456789 – in that exact sequence – no matter what letter keys I actually pressed. So for example, the sentence KOMKAST SUCKS BIG TIME would show up on my monitor as 01234567 89012 345 6789 – all numbers all the time.

Travis was at a loss to explain this unexpected turn of events, but he had a theory: “Your computer is seriously f*cked up, dude. You should call Dell.”  It was not until the very end of our call on day five of my KOMCASTICALLY fun adventure  – around 1:45am in the morning – that Travis remembered something mildly important:

Oh yeah, I recall something about there being a bug with the Constant Guard software that causes some computers’ keyboards to completely shut down. They know about the problem and are working on it, but don’t have a fix.

A bug in the software? Really? Ya’ think? Pin a medal on that man’s chest. I think our detective friend Sherlock Holmes here just might be onto something.

In the end, after 19 hours, spent mostly waiting on Terminal Ignore, I am proud to tell you that I can now  recite the entire ten-minute KOMKAST Signature Support automated on-hold message. It starts like this:

Thank you for waiting. Currently all our KOMKAST Signature Support agents are serving other customers. But your call is very important to us. We estimate that a Signature Support representative will be with you shortly after Hell freezes over….

By the end of day five, I got to know the names of your tech support team’s girl friends, boyfriends, husbands and wives – and several of their kids’ birthdays. Oh, before I forget, please tell Kevin in your Houston call center congratulations on his recent engagement to his childhood sweetheart Amy. And tell Carl in your Salt Lake City call center I am proud of him for quitting smoking. But I digress.

In the end, I concluded that the cause of my problem was that I should not be allowed anywhere near emails from KOMKAST. With no solution in sight, I broke down and had my computer tech repair buddy come over and do something called a “system restore” back to a point in time BEFORE that fateful 9:07am Saturday morning email I clicked on from KOMKAST.

I am delighted to report that my computer is finally back up and running – and in no small thanks to the outstanding effort of your tech support team in figuring out that there was a bug in your software product that I had to pay only $79 for your Signature Support team to remember existed. But I take full responsibility. None of this would have ever happened had I not foolishly decided to read your enticing, attractively designed email offer to protect the security of my computer. So the buck must stop with me.

Please know that I am so pleased with the quality of your software product and the brilliant capabilities of your tech support team that I plan to share my wonderful experience with everyone I know and ask them to pass your success story along to everyone they know.

KOMKAST, I can’t thank you enough for allowing me to spend most of the past week focused primarily on an issue you created and which your Signature Support techs were completely unable to fix. It got me out of boring stuff like having to play softball with my kids. You gave me a chance to learn firsthand about the effects of sleep deprivation on the human body. You can’t put a price tag on that.

Oh by the way, please forgive me if I don’t respond immediately to your most recent enticing offer to “INCREASE YOUR COMPUTER’S INTERNET SPEED TO THREE TIMES THE SPEED OF LIGHT – for just $19.95 a month more – CLICK HERE.” It’s possible I may miss it when it shows up in my SPAM folder as I accidentally delete it without opening.

But as I said at the beginning of this email that I am forwarding to 5,000 of my closest friends and complete strangers, KOMKAST, I’M YOUR BIGGEST FAN.