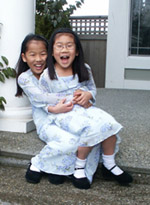 Last week I started to discuss nine things that I wished I hadn’t worried about so much as a parent over the past 16 years. I tried to be a conscientious parent, but in the process, I realize now that I made a lot of mistakes, like the time I sent around the Adoption announcement after we adopted our first daughter as a four-month old infant in China. There she was in the picture, this cute little bundle of joy, wearing a sweater with the words “Made in China” emblazoned across the front. It seemed like a good idea at the time. Who knew it would scar my daughter for life?

If you missed it, you can read Part I of the nine things I wish I hadn’t worried about here. To continue with my list…..

Lesson Six: Put your toys away after you use them. I thought it was a pretty simple concept: The toys go back in the toy box.  The dirty dishes go in the dish washer. Put your used bath towel back on the towel rack. But apparently the process is far more complicated than I ever realized because 15 years later, my daily message still appears to be as undecipherable to my teenage girls as ancient Egyptian hieroglyphics.

Whenever I’ve said “Please hang your coat in the coat closet,” somewhere between the time the words leave my mouth and enter their inner ear, the audio waves must somehow morph the sound of my words into “please don’t hang up your coat. I want to remember it lying there, in the middle of the kitchen table, on top of your dirty gym clothes, forever.” The typical response I get to any request to put an item away is always the same: “Yeah, I know” – which I now am convinced translates loosely as “over my dead body.”

Lesson Seven: Practice your piano. While we suspected that neither girl was destined for a career as a concert pianist with the New York Philharmonic, still, it would have been nice if they had actually gone through the motions of trying to practice now and then. Between the two of them we went through six years of piano lessons. I’m pretty sure they both mastered Twinkle, Twinkle, Little Star.

It was worth the thousands of dollars we poured down the drai- er, invested in their music education, just to hear them plink out something that sounded vaguely like Jingle Bells at the annual Christmas piano recital. Sure, their performances were rough around the edges, but sitting through 37 other kids’ interpretations of Jingle Bells over the course of 3 hours and 27 minutes, when I could have been home eating pizza, watching the Packers – Bears game, was worth it for the watered down punch and stale cookies they provided afterward.

Lesson Eight: Dress modestly. At about 12 years of age, our girls entered into that magical, mysterious stage known as puberty – when over the course of 18 months, much like a caterpillar morphs into a lovely butterfly, our precious little angels morphed into cauldrons of raging hormonally charged drama queens who looked amazingly like our former daughters. But that’s where the similarities ended. The slightest affront or parental inquiry into the status of their completion of chores triggered a hostile confrontation or emotional meltdown, or, if you were lucky, merely a couple hours of sullen brooding. Of course, eventually they emerged out the other side as young ladies with their new bodies. And that’s when the lesson of dressing modestly became a weekly, and sometimes daily, soap opera.

Turns out that my Neanderthal parenting notion as to what’s appropriate attire is not always shared by my more haute couture teenage daughters. I must be stuck in a 1950s time warp. I thought that dressing like Lady Gaga was not quite appropriate for a 15-year-old girl. Even my wife agreed with me on this parenting topic, so surely I had to be right for once. I have concluded that a parent’s level of disapproval of their daughter’s fashion choice is directly proportional to the likelihood their daughter will insist that everybody at school is wearing this. Perhaps there once was a time, back in 1957, when it could be said that Father Knows Best, but in our household, the way I worry about how teenage girls want to dress these days, it’s more like Sleepless in Seattle. Which leads me to my final lesson…. 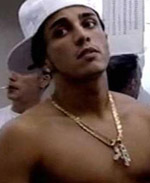 Lesson Nine: All teenage boys are evil. For years my daughters agreed with my objective assessment about boys (although they were more likely to say “boys have cooties”). But in the past three years, my girls have been brainwashed by nefarious invading hormones to view the enemy more sympathetically. As I have written previously, there is no question that all teenage boys are evil. If you are the parent of teenage boys, I mean no disrespect. I am sure that over time your sons will mature, grow out of this evil phase, and stop hitting on my daughters. They may even become caring, doting fathers of their own evil teenage boys someday. My two daughters seem determined not to heed my loving, highly informed parental counsel on this topic and will no doubt have to learn the hard lesson that teenage boys are interested in only three things: sex and breasts.

So there you go. I have spent the better part of the past 16 years worrying about teaching these important life lessons to my two daughters. I would say at best I’m batting about .125 – on a good day. God blessed us with two wonderful, headstrong, independent daughters who have discovered that human beings reach their maximum wisdom at whatever age they have attained.

They are supremely confident that they have all the answers to life’s important questions, like who’s hotter, Dr. McDreamy or Dr. Sloan on Grey’s Anatomy (right). I now realize that the dozens of parenting books, CDs, lectures, and parenting web sites I have pored over during the past 16 years were completely futile. Our kids were going to do what they were going to do, and become the people they were going to become, regardless of the life lessons I tried to teach.

You want my advice? Relax. Don’t spend so much time stressing out over whether you’re a good parent or not. Let’s face it. For 90% of us out there, the answer is the same: We’ve failed. It’s way too late to fix things now. Why not save yourself thousands of hours of emotional stress by just accepting right up front that you have no more idea what it takes to be an effective parent than you can comprehend the fact that your teenager thinks Gangsta Rap music is totally awesome but thinks the Beatles are totally lame. For some things there simply are no answers.

Besides, nothing you do will get your kids to follow your advice anyway. Based on years of direct field study, my theory is that the primary job responsibility of today’s American Teenager is this: “Roll your eyes while your parents drone on about ‘making good choices.’ Then do exactly the opposite of whatever they tell you to do. If you get caught, blame it on your sister.”

From now on, I am going to let my girls make their own decisions and just experience the consequences for themselves. I am no longer going to intervene or rescue them from their bad choices any more. They will just have to learn– ….. Wait a minute. Hold that thought. I just saw my daughter, who is about to head out on a date with that unkempt Carlos boy. Is that a push-up bra she’s wearing? “Young lady, you are not going out dressed like that. You hear me? I mean it. Do you want to get your driver’s license before age 30? Did you hear me??!!!”

[Author’s postscript: In all honesty, most of the time our girls actually do make good choices, don’t dress like hookers, and don’t badger each other about trivial things. They actually are great kids, on their way to becoming great young adults. And they actually do listen to what their parents say most of the time – well, at least when their mother is talking, that is.]