Our summer vacation – only more interesting 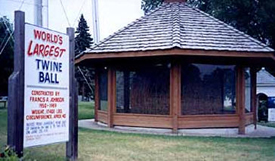 When it comes to summer breaks, our family’s summers are consistently quite lame. Take this past summer, for instance. It consisted mainly of listening to our girls whine “there’s nothing to do” and “I’m boooooooooored” – God knows, life is boring when you live in the scenic Pacific Northwest with all its mountains and lakes. Heaven forbid your kids actually go outdoors, ride a bike, swim in the lake or clean their room.

As any loving parent would do, in an effort to insulate ourselves from their constant whining and badgering to “take me to the mall” or otherwise entertain them, we loaded up our kids’ summer with a series of week-long summer leadership / character-building camps and a couple of obligatory annual pilgrimages to visit elderly relatives. That’ll teach ‘em to whine about being bored.

This summer, whenever I would ask one of my daughters “Why don’t you hang out with [insert ‘90’s in vogue girls’ name like “Madison” here]?” the answer usually was along the lines of: “I can’t. [Madison]’s family took her to Fiji” or “[Jasmine]’s family went on a cruise in the Caribbean for the month of July” or “[Parker]’s family sent her to spend the summer with her cousins in … Paris … in the Palace of Versailles.” Kind of hard to compete when my family’s highlight was a family reunion in Central Ohio to see second cousins once-removed who we won’t likely see again for another 25 years, or our memorable stay in an ant-infested hotel room in Niagara Falls.

Any day now, your kids will be returning to school and will confront the inevitable question that every child from a family like mine dreads: “So, what did you do on your summer vacation?” I can hear it now:

Sydney: “So, Tim’s daughter, how was your summer? We went to Africa and slept in a hotel on the side of Mount Kilimanjaro. The room came with a Jacuzzi tub and a Zebra petting zoo. What did you do this summer?”

Tim’s daughter: “I was in summer camp for three weeks as a “Junior Assistant to the Helpers-in-Training” to the camp counselors. My job was to clean dishes, empty trash, rake leaves, remove rocks, and pull weeds – when I was not cleaning toilets, that is. Ate mostly prison food. Got bitten by mosquitoes so badly that I had to be taken to the hospital (true). Then I visited my grandma in Ohio and played 37 games of Parcheesi with her. She is 97, can’t hear and kept thinking the playing pieces were candy.”

Sydney: “Your summer sounds like a total wipeout. Did I mention our trip to Tahiti in June? Then I did zip-lining through the tree tops of Redwood National Forest and later I went parasailing in Acapulco. And when we got home, my parents bought me my own Sea Doo for my 15th birthday.”

My daughter: “Your own Sea Doo? That sounds way cool. For my birthday, my parents gave me a new pair of work gloves – because the rocks I had to haul at summer camp gave me third degree blisters.”

Sydney: “Wow, you had the suckiest summer ever. Your parents must be complete losers. I am no longer going to be your friend. Bye now…. Hey, Madison, wait up. How was your summer in Fiji? Love your Gucci purse.”

Summers can be traumatizing to your kids (and when I say your kids, I mean my kids) when they discover that every other family in the civilized world except yours took their kids to Disneyworld (the one in France, of course) or The White House for a sleepover with Sasha and Malia. So if you can’t afford to take your family on gloatiful (new word) Mediterranean cruises to Malta and Santorini, then at least be sure you know how to talk about your more mundane summer vacation in a way that will impress your friends and hopefully keep your teenager from getting re-assigned to the losers’ table at lunch – you know – the table you (and when I say you, I mean me) were assigned to in high school, with members of the Chess Team and the Mathletes Club.

Say that your big vacation was a 1200-mile driving vacation to Darwin, Minnesota to see the world’s largest ball of string, then on to Spring Grove, Illinois to snap photos of the world’s largest corn maze. Sure, by any reasonable standard, your vacation would be considered shamefully lame. In several states, a vacation this dull would be grounds for loss of custodial rights for emotional cruelty to children from the embarrassing taunts they’ll be subjected to when they return to school.

You can, however, make up fascinating stories your kids can proudly lie about to their friends. Oh, let’s be clear about one thing. There is absolutely no way you can turn a trip to the world’s largest ball of string and the largest corn maze into anything that will sound remotely like an exciting vacation adventure. Trust me. I already tried that back in 2005. We had to move our kids to another school district as a result of the humiliation they experienced from retelling the story to their school mates. No, the secret is to simply make up a memorable vacation – and make sure your kids don’t crack under the pressure of scrutiny when retelling it at school.

This year, our girls will be sharing with their school mates the amazing (fabricated) summer vacation they had, thanks to their incredibly loving and unexpectedly financially successful parents. I’ve already drafted a rough script. They should have it memorized before school starts next week:

Sydney: “So, Tim’s daughter, how was your summer? We went to Africa and slept in a hotel on the top of Mount Kilimanjaro. Did I mention our trip to Tahiti in June? Then I did zip-lining through the tree tops of Redwood National Forest, and then I went parasailing in Acapulco. What did you do this summer?” 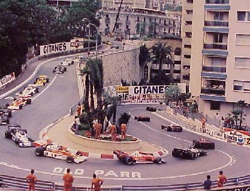 My daughter: “Gosh, Syd. Why so lame a summer? My vacation was a blast, thanks to my loving and financially successful parents. First we went to Cape Canaveral and took a ride in our own private 747, where we simulated weightlessness for two days. That was way cool. Then we went to my parents’ private island in the Caribbean – it used to be owned by Usher – where we went scuba diving with hump back whales. Then we went to the Grand Prix of Monaco, where they let me drive the pace car – that was so cool since I don’t even have my license yet. I finished fifth, four cars ahead of Danika Patrick.

“Then I went to the FIFA World Cup Soccer Tournament in South Africa where I had box seats right next to Nelson Mandela. He is such a nice man – I had no idea he was a Black Eyed Peas fan. Then when we were in Shanghai, our family got back stage passes to the Lady Gaga concert. Frankly, I thought she was a bit off compared to when we saw her the previous week in Tokyo with Maroon 5.

“In August, we went white water rafting down the Colorado River in the same raft as Taylor Swift for a week. She and I are now totally BFFs. And last week I was in Manhattan, where I won a walk-on role on the TV show 30 Rock. That Tina Fey sure is so nice. She introduced me to Tyra Banks, who has lined me up to compete in America’s Top Model for next season. That’s just sick, isn’t it?”

Oh one more thing. Be prepared to offer your teenage child a small bribe to stick with the scripted vacation story – might I suggest a new go cart – unless of course you’re Sydney’s parents, in which case she no doubt already has one. 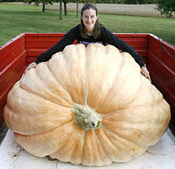 Feel free to use the above copy to describe your family’s summer vacation (you might want to change the part about white water rafting the Colorado with Taylor Swift to say, mountain biking the Grand Canyon with Justin Timberlake, just to sound original). And don’t worry that anyone might actually challenge your kids on the veracity of their story. In the remote chance they do, just tell your kids to act shocked and offended, give that bratty, snot-nosed drama queen Tara an icy stare and say “Are you suggesting that I’m making any of this up?” She will be too intimidated to probe further, let alone mention her own humdrum summer vacation in the Seychelles.

Come up with your own incredible story of your summer vacation, and maybe, just maybe, the world will never have to know that your family actually drove the minivan 950 miles to Jackson Township, Ohio to see the world’s largest pumpkin. Your secret is safe with me.