Of course, some marketing campaigns have “bad idea” written all over them – like the rifle manufacturer who came up with that contest with the slogan “Who is the youngest marksman?” and received hundreds of photographs of toddlers attempting to shoot the family dog with daddy’s Winchester rifle.  PETA was not too happy about that campaign, I’ll tell you.

Whatever the cause of your company’s blunder, it is essential that you follow this time-tested six-step process for making a public apology:

Step One: Ignore the Problem. In about 90% of cases, this will resolve the problem within a matter of days. Fight the temptation to reach out to the customer to find out exactly what their concern is. It’s only going to cost you time and money to make things right. Just sit on your ass and wait them out. If they are truly enraged, chances are you haven’t heard the last of them. But if it’s a minor issue, like the inflatable pool they bought for their six-year old’s surprise birthday had a huge leak in it, totally ruining her birthday party, chances are they will think that one of the other kids must have gouged it. Pretty soon the customer has long forgotten about your defectively made pool and has moved on to worrying about how they are going to pay the mortgage instead.  But if that doesn’t solve the problem then move onto….. 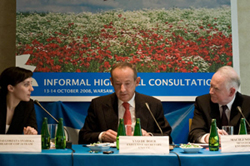 Step Two: Deny there is any problem at all. Conduct a press conference with the VP of Product Testing holding 12,000 pages of research data with charts and graphs, showing that you ran it through a rigorous battery of stress tests – and how the results conclusively show, beyond a doubt that your rapid-fire nail gun passed the test just fine – two out of the three times you tested it. The thousands of pages of research data can, of course, simply be copies of pages you pulled from the New England Journal of Medicine circa 1997. Nobody is actually going to look at all that documentation. That should put an end to their whining and complaining. But if it doesn’t, proceed to …

Step Three: Blame it on the customer. If step two does not end the problem, proceed directly to step three. Do not pass GO. It is imperative that once it becomes clear that your sofa bed is not supposed to snap back up into the upright couch position like a giant Venus Flytrap the moment Mrs. Francesca Gioconda’s prize Siamese cat jumps on it, then it’s time to admit that there is a problem – one which the customer no doubt caused by their own recklessness or negligence. The key phrase you need to memorize is “the customer did not use the product as it was intended.” How could you possibly have foreseen that the customer would have decided to use the mixing bowl they purchased from you to say, bake a cake, causing the beaters to go flying across the room like miniature missiles, then hitting two-year old Jessica in the forehead, requiring 11 stitches. Clearly the customer did not read page 37 of the manual where it clearly states in 2 point font “this product not intended for actual mixing.” If by some remote chance they still persist in making a big stink, then it’s time for more drastic measures. Proceed to….

Step Four: Threaten to sue the customer. If the customer continues to whine that the fault lies with your product and not with their use of it, and they protest that “the spot remover I purchased from your company burned a three-foot wide hole in my living room carpet and ate a hole through the floor into my neighbor’s apartment ceiling below me”, well, then it’s time to take prompt, decisive and responsive action. By this of course I mean pulling your legal team together to determine what sort of damages you can claim for libel and defamation. This usually involves threatening to file a 280-page lawsuit against the annoying customer, complaining about irreparable damage to your company’s reputation. Be sure to file suit in at least three different courts (I’d recommend municipal court, federal district court and the People’s Court). Once they realize this is going to cost them the equivalent of their youngest children’s college education, they will soon be apologizing to you for causing any trouble. If it turns out that you know the customer’s case is stronger than yours, you might have to leapfrog immediately to…. 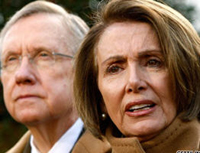 Step Five: Blame it on a third party. If step four does not shut the customer up and they continue to persist that your product malfunctioned, then it’s time to step up to the plate, look yourself squarely in the eyes – and figure out who else you can blame. I might recommend you point the accusatory finger at one of your suppliers – preferably one that is overseas and impossible to contact. Perhaps your suppler Ding Hao Services in Hong Kong – the manufacturer of the light bulb for your Susie Q oven which gave little Caroline Higgins a 200-volt shock every time she opened the oven door.  Of course, another smart tactic is simply to blame it on the Democrats in Congress. They seem to screw up everything they get their hands on lately. Only if all five of these steps fail do you consider the final option and that’s….. 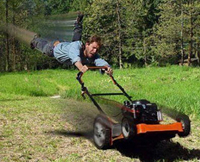 Step Six: Apologize. This of course should only be done as a matter of last resort. You should only contemplate this drastic step if you know deep down in your heart that your company did in fact screw up, the product was defective, and that the complaining customer has received more than 200,000 views on You Tube showing how your lawn mower’s circular blade went flying at 150 mph out from under the mower and into their dining room window the moment the customer turned the mower’s ignition key to “start.” In this case, the right thing to do is to admit you’re at fault and to send a heartfelt apology letter, crafted by your team of attorneys who are experienced at defending against class action lawsuits.

Crafting just the right apology letter is a very delicate process. We’ll talk about that next week when we discuss Business Lesson #84 – How to write an apology letter to customers.

That’s the View from the Bleachers. Perhaps I’m off base.

(To be continued next week.)