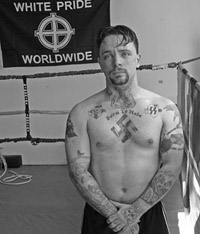 America is the biggest multicultural melting pot in the world (if you don’t count Benetton ads – right). If the USA were a kennel, most of us would be mutts. I myself would be an adorable mix of Beagle and German Shepherd, with perhaps just a smidgeon of Border Collie.

I’d probably be named Sebastian. But I digress. Despite our multicultural mix – or maybe because of it – racism has been a part of our nation’s history since long before the Confederate States of America attempted to become a breakaway republic on the premise the Federal government should not interfere with states’ rights to treat Black Americans like kitchen utensils, say, the butter churn, for instance.

Racism against blacks began over a century before the Civil War, when the very first Africans were shipped from Africa in luxurious ocean liners (okay the view from the Verandah Deck was not like the brochure). Racism was in its glory days in the 1940s when our country wisely and thoughtfully rounded up fellow American citizens of Japanese descent and put them – including young children – into crowded internment camps surrounded by armed guards – for their own protection, of course. But did they ever say thank you? We’re still waiting some 70 years later. In what can only be described as a giant step forward in racial equality, we now have our nation’s first African American president, and with it, there has been a noticeable escalation in the volume of hate-based rhetoric and the number of white supremacist web sites. Our current president receives four times the number of death threats of any of his predecessors over the past 50 years. But I’m sure it has nothing to do with his being black. Couldn’t possibly. 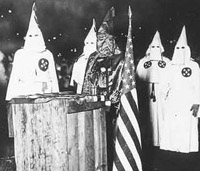 Historians, sociologists and All in the Family TV watchers have long tried to explain the reason for racism and bigotry and their persistence over the decades. There are many theories, of course, including: Fear of people who look, talk or dress differently from us; Anger over people of different cultures taking jobs away from us for no reason other than they were more qualified; Distrust of people who can pull off wearing leather pants better than we can; The need to scapegoat others as the cause of our problems and life disappointments; Growing up in a region where different racial or ethnic groups were kept segregated; Being Rush Limbaugh…

These are all plausible theories to explain the complicated and violent history behind racism and bigotry. But recently medical researchers point to a scientific basis for this condition. In a series of comprehensive longitudinal studies conducted of more than 12,000 racists and bigots over a 30-year period, the scientific evidence is compelling that these people actually suffer from an acute mental disorder. There is overwhelming evidence that racists and bigots suffer from a medical disorder that can be segregated into three levels of severity: 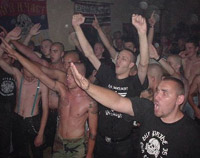 Thanks to this scientific breakthrough, it is now firmly established that racists and bigots can now be classified into one of these three progressively debilitating levels of impairment, abbreviated simply as STUPID, MORON or IDIOT. When addressing a racist or bigot, be sure to refer to them using one of these three technical medical terms. And remember. Don’t call them a racist. They are Race-Sensitivity-Challenged. And please don’t use the term “bigot.” They are Trans-Culturally-Impaired. Show the proper sensitivity to their affliction.

For the longest time, we as a society have stigmatized these misunderstood RSC’s and TCI’s as intolerant, hate-filled people who refused to accept others simply because of skin color, ethnicity, religion or lifestyle. But now we know it’s not their fault. In reality, they’re just like the rest of us, except for the mere fact that they’re complete MORONs and IDIOTs (speaking strictly in the medical sense, of course). Whether their bigotry is aimed against Hispanics, Blacks, Jews or Notre Dame football fans, and whether the gun barrel of their anger is targeted at Muslims, Italians, or Ellen DeGeneres, science now helps us understand that these victims all have one thing in common. At their core, they’re all just STUPID IDIOTs and MORONs. I am sorry I judged them all this time. I did not know.

Instead of ostracizing trans-culturally-impaired people, we should reach out to them with compassion. The next time you witness someone vilifying another person as a Fag or a Heb or a Spic or a Tea Party member, don’t judge the judger – HUG THEM. (Side bar: Actually, it is perfectly appropriate to judge Tea Party members. In fact you are encouraged to do so every chance you get.) Some bigots and racists are capable of communicating in nearly complete sentences. If you are fortunate enough to meet one who is that high-functioning, attempt to engage them in dialogue. Ask them how it feels to be so STUPID, how long they’ve struggled with being an IDIOT, or how hard it is for them as a MORON to get a date. Tell them how sorry you feel for them… and anybody that might be married to them … or who might share a car pool with them … or work in the next cubicle, or… well, you get my point.

Let’s all be on the lookout for people who suffer from one of these three debilitating mental disorders. For too long, racists and bigots have lived on the fringe of our society – in the shadows – rejected by society’s mainstream. America, it’s time we all rally together to embrace these racists and bigots. I want to begin a crusade to identify and profile these people to let them know they’ve been targeted for love. That’s why I’m asking each and every American to set up a stakeout for racists and bigots in their neighborhood. When you spot one, run up to them with open arms – don’t be afraid – and generously offer them a button that says “Hug me. I’m a racist.” Ask them to wear it proudly… for all to see.

Of course, all of us probably have said or done something at one time or another that might indicate we have bigoted tendencies lurking within us. What guy hasn’t at one time or another accused a buddy of throwing “like a girl”? A co-worker once told me he was in a restaurant and became incensed that the entire menu was written in Spanish instead of English. Turns out he was in a Mexican restaurant… in Mexico. But that’s beside the point. In this age of political correctness, it’s possible to get a bit carried away, nitpicking and parsing every phrase for a hint of prejudice. Heck, I have even poked fun at Canadians in some of my blog posts. But they had it coming – what with their “the ingredients of every cereal box must be written in French as well as English” requirement. (In full disclosure, I am married to a Canutian so I have full editorial immunity when it comes to poking fun at her countrymen.) And of course, making fun of the French is a proud, longstanding American pastime and is therefore outside the scope of this serious discussion of bigotry.

My point is simply this: Racism and bigotry of any kind is not acceptable – other than against the French, of course, oh, and the Danish, oh and perhaps the North Koreans. I mean, those North Korean dictators are just weird, with their pompadour hair style and those over-sized sun glasses. But with few exceptions based on my own justifiable biases, there is no place for racism and bigotry. That said, let’s not forget for racists and bigots, it’s no more their fault that they’re the way they are than that a person who eats a steady diet of McDonald’s quarter pounders, ice cream and glazed donuts might eventually become obese. Racists and bigots are just suffering from an uncontrollable medical disorder. They are all just STUPID MORONS and IDIOTS who should not be allowed to breed. And I say this with deep empathy in my heart.

When you bump into a racist or a bigot at your next town hall meeting, gun swap meet,  or in the check-out line of your local Wal-Mart, remember to give them an understanding nod. Hand them their very own happy-face “Hug me – I’m a racist” button. They’ll most likely thank you. They might even ask you for a Kleenex. But in the remote chance I’m wrong about their reaction, you might want to bring a big, burly man to protect you – perhaps a bruiser like your neighbor Ivan Dmitrikof, that former weight lifter fellow from Russia. I hear most Russians are really stupid, but very strong.

PS: If you would like to be notified of future View from the Bleachers posts, click on the link on the “Subscribe to our feed via RSS” link on the top right of this page. It will send updates directly to your RSS feed folder in your email inbox and/or to your RSS tab in your browser. Just look for the RSS feed icon.