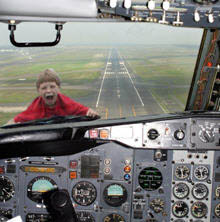 I think it’s wonderful that so many dads and moms are realizing the wonderful learning experience that is “Bring your child to work day.” One of the great joys in life is bringing your child to work to learn what it is you do each day while they’re usually at school ignoring their teachers and texting the their BFF (Best Friend Forever) in the row behind them.

So I was thrilled when I learned about the caring dad last week who, as an air traffic controller at JFK International Airport (the 5th busiest in the nation), invited his elementary school-age son to take over the controls to guide planes during their take-off and landing procedures (I can’t make this stuff up). What a swell dad. And by all accounts, other than the near crash landing of a minor non-commercial twin engine plane, which overran the runway, the lad’s instructions were almost flawless. Hey, how do you learn unless you make a few mistakes?

The ‘feel good’ coverage of this wonderfully involved father made national news, and it seems the idea has spread like wildfire. All over the country stories are popping up of dads and moms taking the initiative for their children’s learning by bringing them to work with them. What a wonderful bonding opportunity. Here are just a few recent heart-warming stories of loving parents:

Rusty Hammersmith, a fire fighter from the Bronx, NY, responded to a three-alarm blaze with his 11-year old daughter Becky in tow. Becky sure was a fast learner. She even rescued a cute little tabby kitty named Buttons from the 5th story of a burning apartment building just seconds before the floor completely collapsed. Nine people suffered serious burns but I am happy to say that little Buttons came through with nothing more than minor scratches and is doing swell. And Becky only suffered mild inhalation burns. What a trooper!

Darcy McAllister, an aspiring accountant for a fast-paced Silicon Valley high tech software firm in the process of seeking urgently needed second-round financing, had a great day with her 8-year old daughter Clarissa, showing her how to move some funny-sounding items called “liabilities” (Clarissa could not pronounce that word – she kept saying “libabilies” – it was so darn cute) off the books and onto an offshore shell corporation. Clarissa had tons of fun shredding stacks and stacks of papers with lots of numbers on them. She suffered only a minor paper cut.

Dr. Irving Feingold, a Miami cosmetic surgeon specializing in breast augmentation surgery, was beaming with pride as his 15-year old son Benjamin asked if he go join his dad at work last week, offering to help the patients in their recuperation after the procedure was finished. Afterward, Benjamin told his dad it was an awesome hands-on learning experience – although in hindsight, the young lad may have shown a tad bit too much enthusiasm when he offered to help visually inspect whether the breasts in fact were successfully augmented. Seems a couple patients complained – they must not have kids. 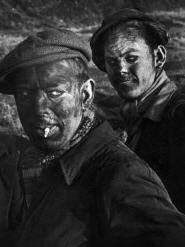 In Thurmond, West Virginia, 43-year veteran of the coal mines, Shamus O ‘Daugherty, invited his 10-year old son Sebastian to join him in a special “Miners with Minors” Day in the mines. Dad and son enjoyed a truly memorable day 400 feet underground. Trapped for more than four hours with a dwindling oxygen supply, due to the collapse of their only escape shaft, Shamus and young Sebastian had more quality time together than they had experienced in ages. Sebastian decided black was not his color.

Meredith Billings of Sioux Falls, SD has been an assistant records clerk for the Municipal Court system for 37 years. This week she took her 14-year old granddaughter Tiffany to work with her. Meredith’s job mainly involves checking to see if 4,857 tax lien records are in proper zip code sequence before she files them away in storage boxes. Meredith reported that Tiffany was a big help by playing her iPod, popping bubble gum constantly, sending text messages to her boyfriend Jeremy for six hours, and whining every seven minutes, “This is soooooo boring. When can I go home?” Okay, so I probably shouldn’t have used this example. My bad.

California Governor Schwarzenegger actually gave his 13-year old son Christopher a special pen once given to the Governor by actor Charlton Heston and invited young Christopher to veto a popular gun reform bill and a piece of landmark gay rights legislation. The youth signed each veto with “I’m King of the World!” Christopher was even able to insert some pork into the legislation while his dad was in the rest room, setting aside $11 million for a gnarly skate board park for his middle school – complete with grinding ramps, split rails, quarter pipes and an adjacent go kart track. The young Governor-for-a-Day said upon signing the skate board park / go kart track into law, “Dude, it’s so tight. My girlfriend Stephie is gonna freak…. Oh, sh*t. My old man is coming back. Quick, where’s that bill about tax breaks for small businesses?”

Even President Obama got into the act last week, teaching 9-year old daughter Sasha a memorable lesson in international relations by inviting her into a meeting of the Joint Chiefs of Staff in the White House Situation Room.  While sitting in her daddy’s lap, the feisty Sasha was invited to choose which of five secret Afghanistan Taliban training camps to bomb. Not surprisingly she chose the Green camp – that’s her favorite color. 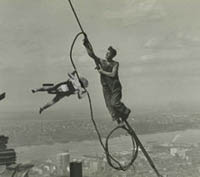 Of course, it’s important that we parents take every necessary precaution before inviting our kids to spend a day with us at our jobs. That’s why Hattiesburg, Mississippi police officer Ned Peppers always makes sure the safety on his Glock 27 semi-automatic pistol is clearly set to ON before he lets his 8-year old son Ned Jr play with it. And you can forget about tasers, young man. Your father, Officer Ned insists you reach age 12 before you’ll get to experiment with that “grown-ups-only” toy.  And put that crack cocaine back on the detective’s desk. That’s evidence, you silly boy!

Birmingham General’s Chief of Surgery Dr. Reuben Weisberg is extremely careful when he brings his 15-year old daughter Crystal to join him at the operating table. He never lets her remove any organs without the closest of supervision, and even then, only minor ones at that, like the pancreas or ovaries.

In New Mexico, in the State Assembly’s annual “Teach Your Child to Legislate” Day, kids over the age of five get to vote on the passage of any new legislation they want on one very special day. What a wonderful civics lesson. Oh, don’t worry. It’s subject to a three-day cooling off period in the event the kids made some poor legislative decisions and wanted to reconsider their bad choices. The three-day cooling off period was enacted in 2005 after the kids in the State Assembly unanimously passed into law a series of bills requiring that kids be allowed to drive by the age of 9, be allowed to skip dinner and still eat dessert, and no longer had to pay attention when their parents told them it was bedtime – as well as a non-binding referendum proclaiming all their parents were “totally lame for not letting us watch Nightmare on Elm Street.”

For too long, kids have been kept at arm’s length from our lives as doctors, mail carriers, bank tellers, computer programmers and bomb detonation specialists. It’s time we gave them the gift of learning what their dads and moms do for a living – firsthand. Oh sure, there will always be a few jobs that are a little too dangerous for our kids to help with:

But for the rest of us, what a wonderful teaching and bonding opportunity to bring you and your special child closer together. 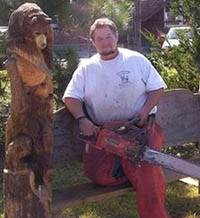 And a personal note to Earl Wiggins, from Waukesha, Wisconsin, who does chain saw sculpture for a living. Thanks for your question, Earl. How about we just let your 4-year old son Benny watch the first time out, okay? Perhaps give him a paint set and let him finger-paint the totem pole instead. Thanks for asking.

Mine? Well that has to be the time four years ago I brought my daughter Emily, then age 10, to work with me. I had to fire an employee. I just didn’t have the heart to fire him myself. After all, the employee was 67 years old, had serious health problems and was caring for his 92-year old mother. So I had Emily fire him for me. She held the employee’s hand, asked him if he would like some gummy bears and said “You’re fired.” (She learned that phrase on TV somewhere.) Lest you think Emily was a bit too abrupt, she also offered the worker one of her Barbie dolls and asked him to be her BFF. I was touched by the gesture.

Well, I have to go. My other daughter Rachel needs me to look over her work. She just finished drafting a business plan for my presentation at next week’s quarterly board meeting – a five-point plan for how our company can increase its market share by 20% while reducing expenses by 10%.  She is such a whiz with PowerPoint. I can hardly wait to see it. I am so proud of my kids.