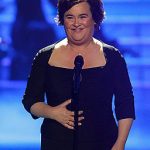 Most of you know that I am widely considered to be among the most serious journalists in my house. So this week, as I have done every year for the past 30 years, I take stock in the people and events that shaped our world over the past 365 days in the much anticipated View From the Bleachers Year in Review, or as I like to call it VFTBYIR, for short.

My, what a crazy year it’s been. Here are just a few of the highlights (and low lights):

January: As further evidence that racial discrimination is alive and well in the United States, Barack Hussein Obama is inaugurated as the 44th President, once again giving a black man the worst job in the entire nation. After a honeymoon that lasts almost two weeks, he quickly is attacked as a Black Hitler, a communist, a terrorist, and a really bad bowler.

January: Hero on the Hudson Captain Chesley “Sully” Sullenberger safely lands US Airways Flight 1549 in the Hudson when his plane’s engines suddenly shut down after take-off after a flock of suicide terrorist geese deliberately attempt to take down the plane. Four dozen flocks of New Jersey-based geese are immediately put on the Terrorist Watch List – Avian Edition.

February: The economic meltdown caused by Barak Obama as a result of lax, irresponsible fiscal and regulatory policies he implemented during his predecessor’s term gets a shot in the arm by the passage of the fiscally reckless Economic Stimulus Package, which plan is immediately and universally criticized as too much spending, not nearly enough, too much regulation and way too little, focused on the wrong industry sectors, and being implemented too soon and too late. In other words, it might just work.

March: President Obama, having just taken over several of the largest banks, now leads a government bailout/takeover of General Motors and Chrysler. Everybody knows it’s just a matter of time before he takes over Major League Baseball, Little League Baseball, The Girl Scouts, and most of the National Park system. Just kidding. The federal government would never take over the national parks. 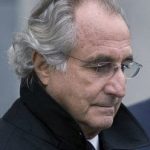 March: Noted humanitarian and investment genius, Bernie Madoff, confesses to a Ponzi scheme that fleeced dozens of greedy rich people of billions of dollars, and receives a 150-year prison sentence. Turns out that you can’t actually achieve 175% annual growth in your portfolio year after year for 10 years after all. Apparently Bernie was a bit of an optimist in the area of ROI. On the bright side, with good behavior, he may get out in just under 105 years.

April: Illinois Governor Rod Blagojevich (last name pronounced “slime ball”) is ousted from his governorship after trying to sell Obama’s vacant Senate seat, proving once and for all to the states of New Jersey and Louisiana and to the world that when it comes to corrupt politicians, Illinois takes a back seat to nobody.

May: Michele Obama’s glamorous fashions prominently feature her bare arms, setting the world of fashion abuzz and giving new meaning to that patriotic expression “Support your right to bare arms.”

June: The King of Pop Michael Jackson’s sudden passing, apparently from abuse of a cocktail of prescribed medications, reminds us once again that there is no human tragedy that can’t be exploited into a lucrative reality show if you can just get the right advertising support behind it.

June: The eyes of the world are on Iran as it demonstrates the universal power of freedom, democracy and widespread election fraud. President Mahmoud Ahmadinejad coasts to a stunning landslide victory over his opponent, Mir Hossein Mousavi and the Iranian people enthusiastically take to the streets, celebrating joyfully by chanting, shooting off guns, hurling rocks, rioting, staging strikes and setting fire to cars and buildings. Those Iranians sure know how to party. 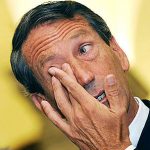 June: Tourism along the Appalachian Trail increases by 60% in the wake of the selfless efforts of South Carolina Governor Mark Sanford to promote hiking in this idyllic destination. Sadly, the Governor himself was unable to enjoy the majesty of these rolling hills. Apparently his GPS was badly malfunctioning, as he ended up getting lost somewhere in Argentina instead.

July: Governor Sarah Palin, in a bold move intended to demonstrate visionary leadership and a concern for the needs of her constituents, resigns from her first term as Alaska governor after two and an half years, reasoning that she didn’t want to take “the easy path”. She embarks on a book tour to promote her new book, Going Rogue. Rumors that she is gunning for the 2012 Republican presidential nomination are completely misplaced. She’s gunning for Oprah’s job.

August: The first Hispanic Supreme Court justice is confirmed by the US Senate: Justice Sonia Sotomayor. This of course comes as a complete slap in the face to Native Americans, Polish-, Ukrainian- and Latvian-Americans, all of whom shout in protest “Hey, what do we look like, chopped liver?”

September: View From the Bleachers humor blog is launched. No one notices. Not even the humorists’ wife, who was quoted as saying “I just thought he was out doing errands…” After several weeks, public outcry grows to “shut the site down.” Heartless humor writer continues to publish despite the firestorm of criticism and humanitarian cries to “stop writing – for the sake of the children…”

November: After months of consulting generals, security advisers, members of his Cabinet, and the Psychic Network, President Obama nevertheless decides to send in 30,000 more troops to Afghanistan because he is confident this time the outcome will be different. Great Britain, the former Soviet Union, Pakistan, India and about 3,000 Afghan warlords beg to differ. 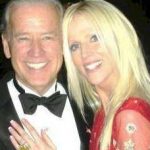 November: The White House launches its new “open door” policy by allowing Michaele and Tareq Salahi to crash the private state dinner being held for the Prime Minister of India. It appeared to be a frightening breach of security until Chief White House Spokesperson Gibbs clarified that attendance at Official State Dinners requires either that you have certified proof of an official invitation or can demonstrate you look incredibly hot in a sari.

December: After months of nasty fighting, name calling, arm twisting from powerful lobbyists on the left and right, and straight party line voting, the United States Senate passes landmark healthcare legislation sure to disappoint everybody except the health insurance companies and Big Pharma. Nice try, Obama. 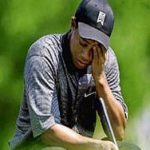 December: Perhaps the greatest athlete of all time, and recent “Athlete of the Decade” recipient, Tiger Woods has a brief, no doubt one-time lapse of fidelity and admits to having had an affair. (Mark Sanford and John Edwards are reported to be delighted by the news.) Turns out that Tiger was using his shaft for more than just golfing. One or two (dozen) other women come forward to mention their affairs with Tiger. Facebook celebrates with a new web page entitled “I have also slept with Tiger Woods.” Latest membership tally:  275,411 (I can’t make this stuff up.)

2009 will go down as a year of historic highs and lows. Our nation appears more polarized than it’s been in generations. But I am an eternal optimist.  I believe that in 2010, everybody will start to calm down, politicians will work harder to find meaningful compromise, celebrities will stop cheating on their spouses, the world will finally solve its fiscal and environmental challenges, and the Israeli-Palestinian conflict will get resolved with a big group hug.

And I will continue to piss off readers with my humor blog. Of that, I’m certain.

Coming next week: My annual “Predictions for the Year Ahead” Issue. Sure to be a keepsake issue.