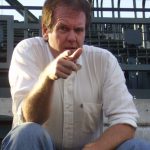 Each week in this humor blog, I try to poke fun at some current event, a lame trend, or, when I can’t think of anything else, Glenn Beck. But I wanted to speak to you seriously this week, from the heart, about what I am for and what I am against. For too long I have straddled the fence on controversial issues in my life. When I was young, I could not decide whether I liked chocolate ice cream or vanilla better. Who to root for in football, Army or Navy?

I continue to struggle to this day with taking a stand: Paper or plastic? 1% or fat free?  Warm or cold rinse cycle? Letterman or Leno? To this day I still have never registered Democrat or Republican. I have always been that person who can see everybody else’s point of view and does not want to take a stand for fear of offending anybody. (I hope that’s not offensive to say.)

I AM FOR anything that has cinnamon in it. I would be willing to consider voting for Dick Cheney for President if it meant a free Cinnabon. Don’t judge me unless you have scarfed down a Cinnabon yourself. 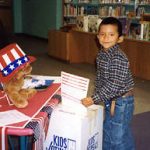 I AM AGAINST allowing five-year olds to vote (unless accompanied by a parent). They would vote to overturn bed time, outlaw brushing teeth and adopt every bunny they ever saw in a pet store. Now THAT could spell disaster for our national security.

I AM FOR replacing vegetables with sugar as one of the basic food groups. Why? Because frosted sugar cookies with sprinkles taste a hell of a lot better than broccoli or cauliflower.

I AM AGAINST requiring immigrants to learn English, unless, that is, they want to work here, go to school here or use our healthcare system. But otherwise, I’m cool.

I AM FOR adding the color “clear” to the Crayola crayon color menu. It has been ignored and treated invisibly for far too long. 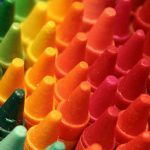 On the other hand, I AM AGAINST the color Orangish Red. They already have Reddish Orange. That should be close enough. What’s next – reddish-orangish red?

Speaking of colors, I AM FOR color coding people based on whether I like them or not. Blue for Nice, purple for so-so, Plaid for “total jerk.” But I am open to permanent forehead branding as an alternative to color-coding.

I AM AGAINST The death penalty for first-time littering offenses. Everyone deserves a second chance, unless the littering involves anything with a Prada or Gucci logo on it, in which case, show no mercy.

I AM FOR eliminating the penny from our currency. Every time I pick one up from the sidewalk, something really bad happens to me.

I AM AGAINST allowing foreign ownership of an NFL football team. Shouldn’t the fact that we let their former soccer players kick field goals be enough? 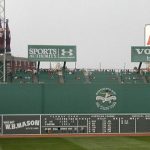 Speaking of soccer, I AM FOR making soccer a higher-scoring game. My suggestion: make the goal approximately the height and width of Fenway Park’s left field Green Monster. “Tonight’s final: DC United 27 – Manchester 23.”

I AM AGAINST putting up a 40 foot concrete wall around any state to prevent entry or exit (with the possible exception of New Jersey – I mean really, have you ever been to Newark?)

I AM FOR making the birthdays of all four Beatles national holidays.  Do I really need to give a reason?

I AM AGAINST time travel for minors. If my teenage kids went back in time, they would just screw things up and we’d all be speaking Dutch. Not that there is anything wrong with the Dutch, mind you. (But don’t get me started about them damn Belgians….) 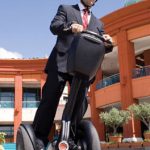 I AM FOR banning the use of Segways in public places. No particular reason. Just to be ornery. But seriously, have you ever met a Segway owner you liked?

I AM AGAINST anyone under the age of 30 being allowed to drive a nicer car than mine. Where does that punk Blake Cheswick get off driving a new Mercedes while Mr. Midlife Crisis Soccer Dad here is still puttering around in my seven-year old Toyota minivan with the dent in the back left bumper?

I AM FOR banning the right of wives to use the TV remote control.  Changing the channel while I am watching a college football game because Sisterhood of the Traveling Pants is on the Lifetime channel should be legitimate grounds for divorce.

I AM AGAINST letting any active member of a militant Taliban faction run for US President. I just see no positive outcome from opening that door.

I AM FOR paying men and women the same pay, just so long as you ladies work 20% more than us guys for that same pay. What? Did I say something wrong here?

I AM AGAINST the Periodic Table of Elements. It should pick a side. Either be a permanent table of elements or go away altogether. None of this wishy-washy periodic crap. 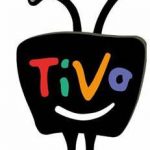 I AM FOR TIVO. TIVO is the greatest innovation since the invention of, oh, say, the wheel.  I will name my next child TIVO – TIVA if it’s a girl.

I AM AGAINST creating a large federal government healthcare bureaucracy to meddle in my life, telling me what medical procedures aren’t covered. My private health insurance bureaucrats are already doing a perfectly adequate job of telling me that everything I need is not covered.

I AM FOR reducing my carbon footprint. Why, just today, I learned how to drive our minivan using one foot instead of two, thus reducing my footprint by 50% right there.

I AM AGAINST people who have nothing better to do than pompously pontificate about unimportant things like what they are for and what they are against in lame humor blogs.

Wow, that was a lot to get off my chest.  It feels good to finally take a stand. Go ahead. Ask me any question, and I won’t waffle anymore. I will pick a side. Really…. Okay, so you want to know where I stand on the question of whether a twice-convicted illegal alien drug dealer should be allowed to take his seriously injured seventeen year-old son to the emergency room for urgent treatment of a broken arm he suffered as a result of driving under the influence of alcohol without a license? Ahem, hmmmm……. Well, I…. um, er… Did I mention I am firmly opposed to letting five-year olds vote?

That’s the view from the bleachers. Perhaps I am off base. No, I am definitely NOT. But what if I am? Oh, I don’t know anymore…..