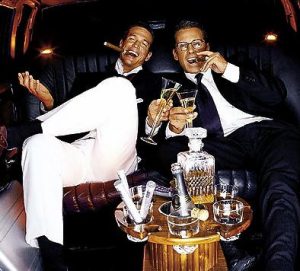 In the midst of the near collapse of our financial system, there was a lot of finger pointing.  Politicians and Economists argued lax oversight and inadequate regulations of many financial instruments (like sub-prime mortgages and Credit Default Swaps) were to blame.

Like a finely choreographed domino chain reaction, the banking system teetered, the credit sector froze, mortgages were foreclosed, consumer spending nose-dived, retail sales plummeted, layoffs sky-rocketed, and unemployment soared, all of which led to some serious paper cuts by highly-paid bank executives from shredding record numbers of  documents.  Worst of all, rumor has it Senator McCain had to sublet one of his 7 homes.

While the jobless picture still looks bleak for millions of insignificant middle class Americans, I am happy to report that there is one very significant sector that appears to be doing just marvelous as of late: Wall Street. Welcome back, boys!

Roughly every 13 seconds someone’s home gets foreclosed on in the USA.  But don’t fret – there’s a bright side.  According to The New York Times and The Washington Post, even though there are fewer banks standing, those that have survived are bigger, stronger, and more profitable than ever. 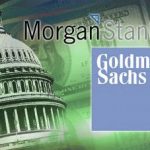 Leading the (American) way are Goldman Sachs and JPMorgan Chase. To whom do they owe this recent boom?  None other than D.C. No, not Dick Cheney. Well, actually, maybe.  But I meant the other D.C. – Washington D.C.

A funny thing about those bailout funds that the banks got last year – you know, the ones without any strings attached? Well, and this is the humorous part: it turns out that some of these banks did not actually use those funds to loosen up the tight credit market or make loans to small businesses or help people re-finance their mortgages at reduced rates. No, they used this money to, well…. speculate in the stock market.  Basically, they bought low…really low.  And now that the stock market has made a 50% gain in the last six months, guess what those clever suits are doing?… Keep guessing…Think outside the box… They’re SELLING. You gotta love Capitalism.

And they didn’t need extra regulations to help them achieve these profits. They did it the old fashioned American way – by using American Taxpayers’ money to help their own bottom line while finding loopholes around government regulations. Now if you’re one of those “glass is half empty” whiners, you may think that these mega-banks making mega-profits from federal bailout funds while you’re waiting for your next $200 unemployment check might seem like a case of the rich insiders of DC helping out their rich insider buddies on Wall Street.

Okay, you may also question the wisdom and fairness of the recent announcement that Goldman Sachs plans to pay its employees $22 billion this year – an average of $743,000 per employee.  Oh sure, on one level this may seem a bit excessive.

You might even ask “Have we learned nothing from the excessive bonuses of AIG, Merrill Lynch and other firms just a year ago?” Sure these “too big to fail” titans of the financial industry were injected with billions of federal bailout dollars. And instead of pumping it back into the system to help out homeowners and small businesses, some firms like Goldman Sachs and JPMorgan Chase chose to invest in stocks and bonds and take the same types of risks that got us into trouble a year ago, make gazillions in profits and pay their employees more money in one year than the Gross Domestic Product of Austria. You might say “That’s an incredibly long sentence, Tim”  – to which I say, my, how cynical you’ve become. 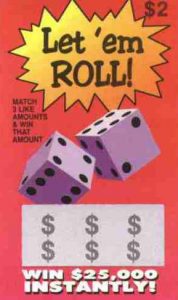 All I can say is “Way to go, Goldman Sachs!” Let’s face it, if they had lent me the money instead, I’d have just blown it on Mega-Millions Instant Scratch lotto tickets, that 50-1 long shot at the Kentucky Derby, and beer – and I don’t even drink beer.

This is actually fantastic news for those of us on Main Street. Haven’t you ever heard of the Trickle Down Theory? It works like this:

With these nice profits that Goldman Sachs and JPMorgan Chase earned over the past six months, they can finally get back to paying their executives those sweetheart six-figure bonuses that they had to shelve for the previous three quarters. ..

>>>> Which means that, with their six figure bonuses, these executives can upgrade their yacht and get their own private suite at Yankee Stadium…

>>> Which means that CC can loan his 87-year-old grandmother  the $50,000 for a hip replacement operation and perhaps buy her a new house….

>>> Which means that, freed of the backbreaking mortgage and medical costs, CC’s grandma can buy more lotto tickets…

>>> Provide bailouts to risky financial institutions so they can pay out big executive bonuses. 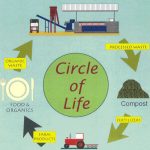 See? It’s like a circle of life where everybody wins. That is, unless you’re a Mets fan, in which case you’re screwed – once again.

I think the news of Goldman Sachs achieving record profits so soon after the economic collapse of last year is wonderful.  I mean, it’s not like all of these profits are going solely into the hands of an elite filthy rich Board of Directors. It is also going to their spouses,  and to the shareholders who had the smarts and financial resources to invest hundreds of thousands with Goldman Sachs over the past six months. If you were not smart enough to put down $500,000 with Goldman Sachs this past spring to manage your portfolio and instead you shortsightedly chose to spend your money on mortgage payments, setting aside money for your three kids for college or for food, you have only yourself to blame.  Besides, your middle child is never going to make it into college anyway. Did you see his latest report card?

As for that recession off in the distance in your sideview mirror – one thing to remember: “Objects in mirror are closer than they appear.”